The Open was sobering reminder Woods is competing on borrowed time 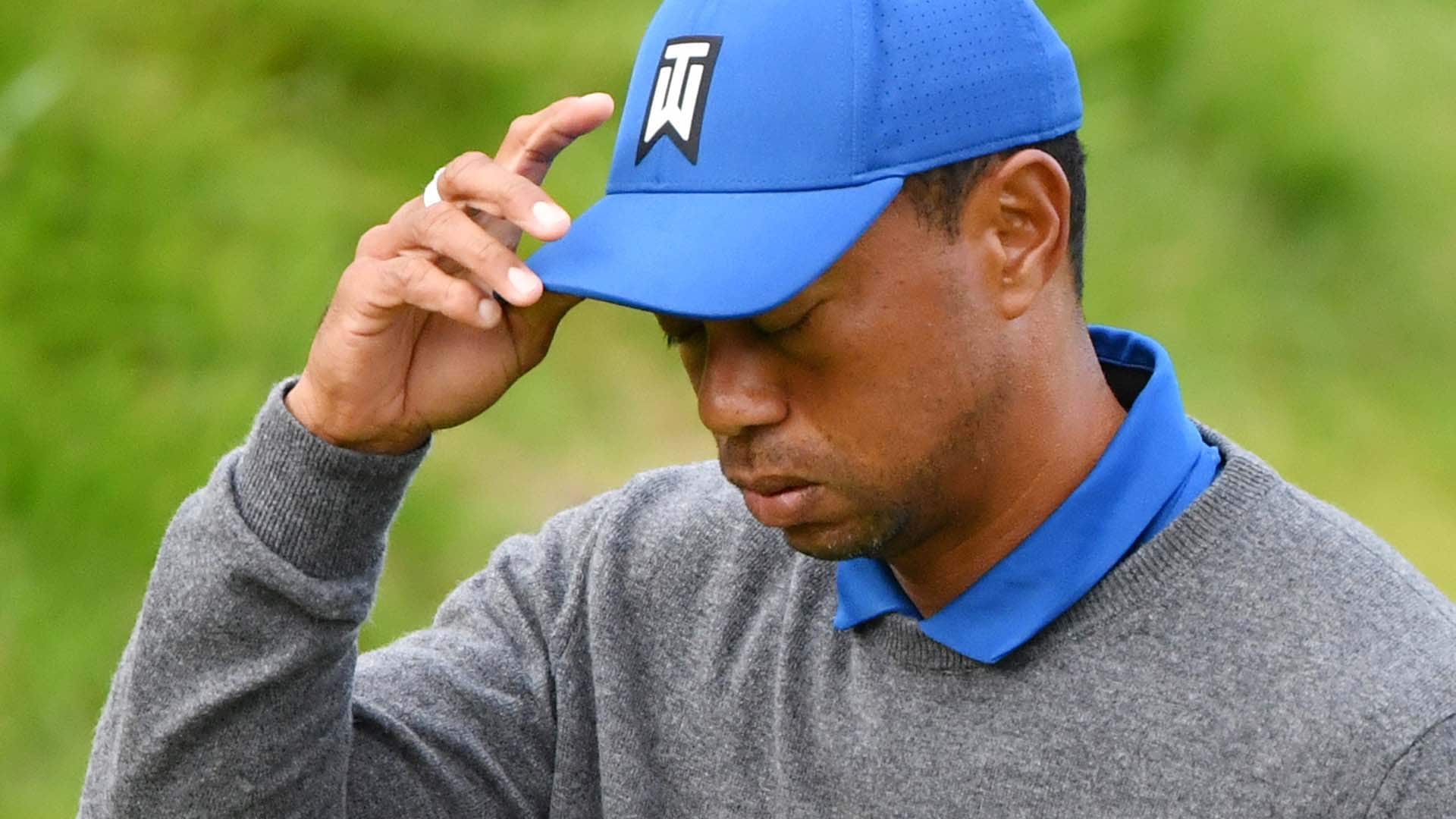 PORTRUSH, Northern Ireland – For a man who protects his health like a state secret, Tiger Woods was refreshingly forthright last week at the Open Championship.

The game’s most ruthless competitor, now realistic about his limitations.

“One of the reasons why I’m playing less tournaments this year,” he said, “is so I can hopefully prolong my career and be out here a little bit longer.”

That doesn’t sound like the guy whose last-ditch fusion surgery supposedly allowed him to compete again, pain-free.

Or the 43-year-old who was poised for a late-career resurgence.

Or the Masters champion who would not only soon eclipse Sam Snead’s record of 82 PGA Tour titles, but then also set his sights – again – on Big Jack’s 18 majors.

No, this Tiger Woods was far more clear-eyed about his golfing mortality. 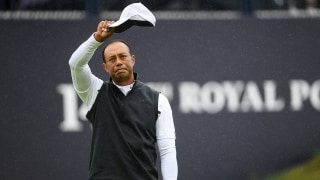 Tiger Woods missed the cut at The Open, bringing an end to a major decade that was defined by injury and uncertainty.

Perhaps there was little use concealing the truth this time, because it was plainly obvious that Woods wasn’t right at Royal Portrush. When he arrived last Sunday, his swing was loose and his mind clouded from jetlag. Cool, damp conditions midweek never allowed his surgically repaired back to loosen up. Then came his disastrous opening round, when he grimaced after tee shots, tied his shoes sitting down, and stretched and contorted like a senior citizen preparing for a pickup game at the Y.

Those expecting Woods to build off his game-changing Masters victory likely have felt underwhelmed by the past few months. He showed up ill-prepared at Bethpage Black and was soundly trounced by the world’s No. 1 player, Brooks Koepka. Months later Woods would admit that the Masters exacted a greater toll than expected, but his reaction at the time to his missed cut at the PGA (“I’m the Masters champion and 43 years old, and that’s a pretty good accomplishment”) also hinted, for perhaps the first time in his career, that he was satisfied. His summer slumber continued by never factoring at Pebble Beach, in a much-anticipated return to the site of his greatest performance, and then he decided against a tuneup start in between the summer opens, leading to the first time in his career that he missed two cuts the same year he won a major.

That’s why his suggestion that he needed some “time off, just to get away from it” seemed so curious. He was coming off a two-week family vacation in Thailand and has played just 12 competitive rounds since Augusta. If anything, he’s had too much time off.

The miserable Open performance immediately recalled his lethargic showing last fall at the Ryder Cup and only raised more questions about his short- and long-term health. Last summer, in a desperate event to boost his world ranking, he put his body through hell and vowed to never do so again. No doubt it was a wise decision to scale back, after playing his second-most events in a season since 2005, but there’s evidence now to suggest that his less-is-more scheduling isn’t a viable approach, either: The Masters is the only tournament all season in which he finished closer than eight shots of the eventual champion.

Though his year-to-year statistics aren’t wildly dissimilar, Woods’ swing speed has dropped almost 3 mph. Part of that is by design, to keep the ball in play, but less pop also applies more stress on the other parts of his game, particularly his putting, which statistically has been worse this season than it’s ever been. Other areas of decline seem inevitable with aging.

Less consistency from start to start – and fewer appearances overall – will require a recalibration not just from fans who have come to expect greatness, but also media members like us who scrutinize every round of the greatest active player. Woods tried to temper future expectations last week – “There are times I’m just not going to be there” – but with social media and a 24/7 news cycle, the transition figures to be messy.

That leaves Woods in an uncomfortable position: He’s measured against his past brilliance, but with a brittle body that no longer allows him to repeat those remarkable feats on a weekly basis.

The Open was a sobering reminder that he’s still a 43-year-old competing on borrowed time – with no guarantee that he’ll take advantage of the precious few years he has left.