The game's social media accounts have been teasing each individual course over the past few weeks.

“Our goal is to make the PGA TOUR 2K21 in-game, licensed, real-life course recreations as detailed as possible, so it feels like you’re actually playing the course alongside top PGA Tour pros,” HB Studios senior producer Shaun West said. “To see professionals play these courses on TV, and then watch each come to life as playable courses within the game is an incredibly cool process to see, and we’re excited for our fans to be able to experience it as well.”

The 15 courses also come with their tournament branding, so players won't just be playing Riviera or East Lake but the Genesis Open and the Tour Championship.

The remaining tournaments in the game's 36-event mode will be staged on user-generated courses from The Golf Club 2019, courses selected by the game's producers.

"To narrow it down to 21 was difficult, because there's so many great user-generated courses," West told GolfChannel.com. "I think we've picked courses that represent the style of what you might see on the PGA Tour schedule. ... We wanted to do a nod to the amazing efforts of our users."

The design feature that spawned those user-generated courses and which was the central focus of the The Golf Club is, of course, back with updates. And, yes, the series' community of online architects will be able to import their creations from TGC 2019 to PGA Tour 2K21. The franchise's design mode has not only led to to the creation of fictional golf courses but also the digital recreation of venues like Augusta National, Cypress Point and Pine Valley. If you're lucky enough and if someone else had enough time on their hands, you might even find your local golf course uploaded to the game's online servers.

As for the addition of more officially licensed and approved courses in the future, West says it is his hope to continue to expand and to ultimately mimic the Tour schedule as closely as possible. And as for the timing of future installments — whether, for example, the game might become yearly release — West said that's "still an ongoing discussion" but that there's "definitely a benefit to the two-year [development] schedule."

The game is set for release on Playstation 4, XBOX One and XBOX One X, Windows PC via Steam, Nintendo Switch and Stadia on August 21. 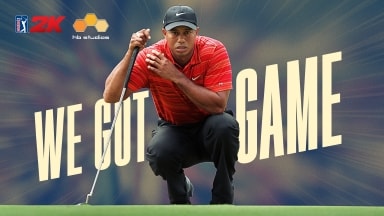 Tiger Woods and 2K have agreed to an exclusive, long-term partnership that includes Woods’ name and likeness. 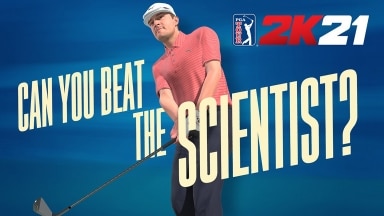 With Justin Thomas on the cover of the PGA Tour 2K21 video game, 2K announced on Monday the full list of pros joining Thomas on the virtual links.