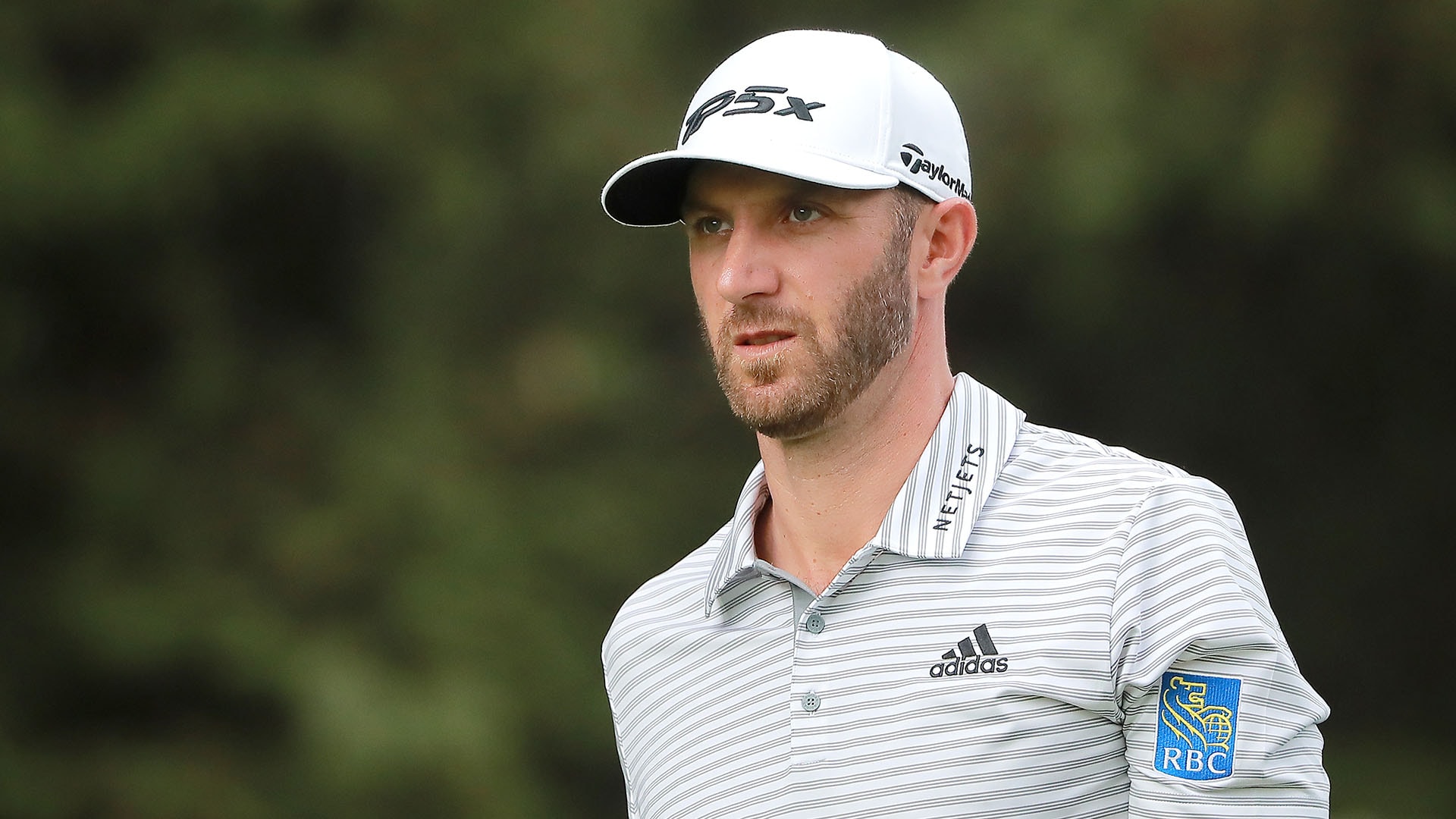 Dustin Johnson remains bogey-free for his week at the WGC-Mexico Championship, although he did pencil in a double bogey on his card to keep the year’s first World Golf gathering from becoming an undisputed runaway, and will ride a four-stroke lead into the final round of an event that he’s already won.

PGA Tour types are reluctant to concede anything, and last week when Justin Thomas began the final round at the Genesis Open with a four-stroke advantage on his way to a runner-up showing proved anything can happen, but it didn’t take much to read between the lines.

“It's going to take a really special day tomorrow,” figured Patrick Reed who shot a round-of-the-day 64 and was seven shots behind Johnson in third place.

Rory McIlroy, who is alone in second place four strokes behind DJ, had a similar take.

“He's going to be very tough to beat,” McIlroy said. “Tomorrow I'm going to have to go out there and probably shoot something similar to what I shot the first day [63] to have a chance.”

But then as McIlroy also explained, “it’s golf.”

That nebulous notion was certainly proven true midway through Saturday’s third round.

Johnson had stretched his already-significant lead to a half dozen shots just before the turn and appeared poised to continue a historically dominant performance.

He’d gone 45 holes without anything worse than a par on his card and appeared poised to become the first player since Charles Howell III (2010 Greenbrier) to go bogey-free for an entire event. That’s when golf happened.

Johnson, who had been nearly flawless off the tee all week, nearly fanned his drive at the 10th hole onto the Avenue del Conscripto. DJ hit three trees, needed a drop and was fortunate to two-putt from 50 feet for a double bogey-6. Like that, his lead was cut to just two shots.

But then nobody deals with weird better than Johnson, who once lost a PGA Championship when he ground his club on the 72nd hole in a bunker that was anything but a bunker and a U.S. Open when he three-putted from 12 feet on the 72nd hole to finish second.

The resilient 34-year-old birdied his next two holes and was quickly cruising again and would add two more birdies before his day was done for the type of lead players dream about.

“I was still a little frustrated that I made the double bogey on 10, but I felt like I should have birdied 11 and 12,” he said. “That definitely got the momentum back. I know I'm swinging well. If I can get myself in the fairway, I'm going to give myself a lot of opportunities to make birdie.”

As insurmountable as Johnson’s advantage seems to be, and it is, if McIlroy and Reed needed a paradigm of hope they needed to look no farther than the record books. DJ is 7-for-15 converting 54-hole leads/co-leads on Tour in his career.

His most recent Sunday swoon came in 2017 at another World Golf Championship in China. Leading by six entering the final round Johnson began his day with back-to-back bogeys and closed with a 77 to tie for second place.

It only takes a small crack in the armor to open the door for the likes of McIlroy and Reed, a moment like what happened on the 10th hole can turn a rout into a race quickly.

“DJ was cruising for a few holes, and he gets caught up on the right side there a little bit and I make [birdie], and all of a sudden you go from six behind on the ninth tee to two behind on the 11th tee,” McIlroy said. “It can change that quickly, and that's something I'm going to have to just keep reminding myself tomorrow with a bit of a deficit.”

But then those same records books also tell a foreboding tale of a singular player whose powerful style of play is custom made for the thin air and short porches of Club de Golf Chapultepec.

Johnson outdueled Tommy Fleetwood in ’17 to win the Tour’s Mexico City stop and was just a few fortunate bounces out of the mix when he finished tied for seventh place here last year.

When his powerful swing cooperates DJ is tough to beat, particularly when he’s hitting 367-yard drives on par 4s to 4 feet for eagle like he did on the second hole on Saturday.

“I've got a game plan out here, I'm not going to change it,” Johnson said. “I’m just going to play the golf course hopefully exactly like I have the last three days, but especially the way I'm going to attack the course, I'll play just like I did.”

That doesn’t exactly leave much daylight for the rest of the field if Johnson continues on his current trajectory. Then again, Douglas probably didn’t spend much time worrying about Tyson’s record (42-1) before his historic upset in 1990.