Shaky as it was, WMPO win showed that Fowler can close 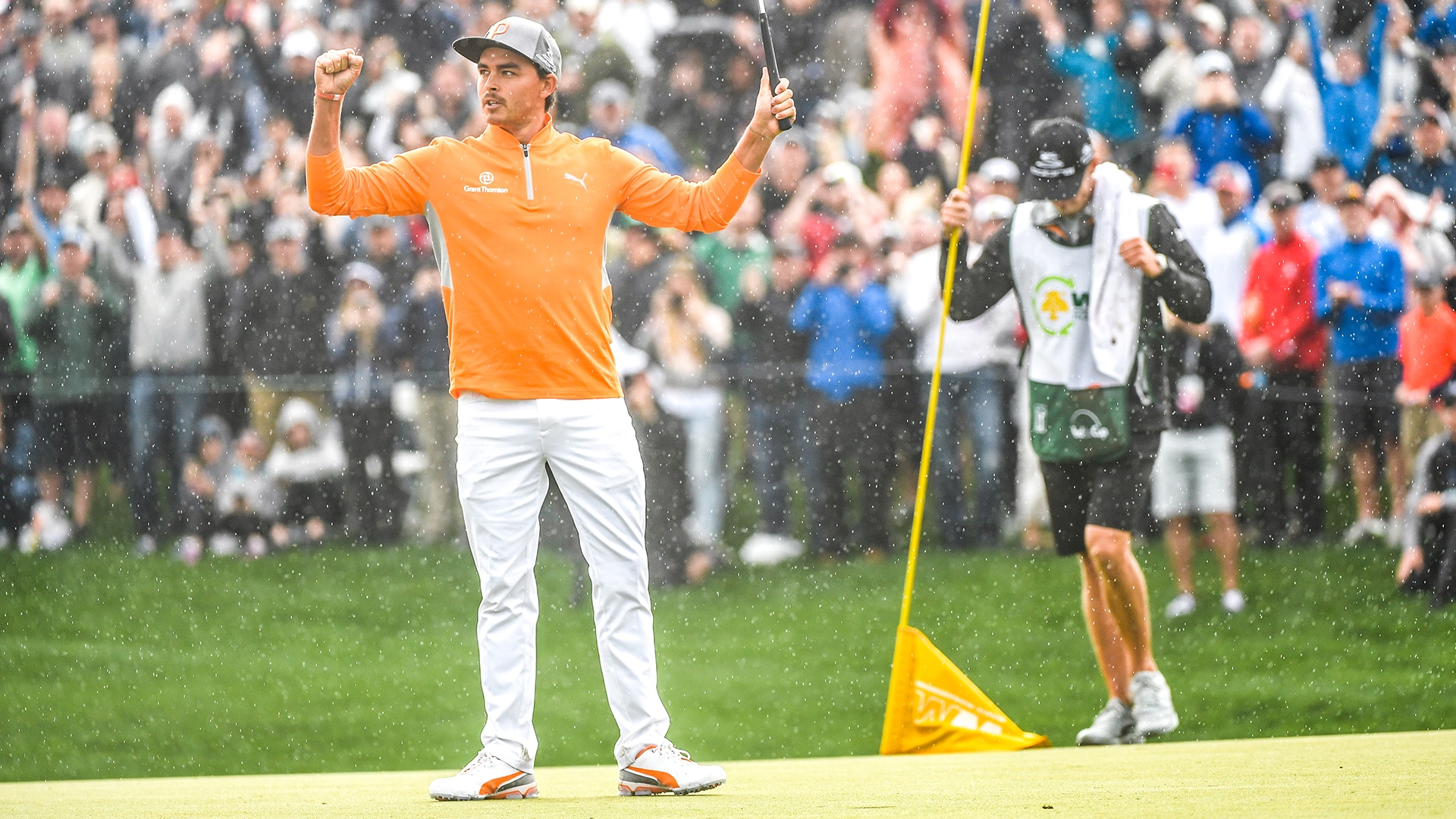 Fans have a tendency to paint with a broad, and often uneducated, brush. When 280-character tweets now count as a full thought, the byproduct of the social media age is that the sum of one’s parts is often defined in the simplest terms.

For professional athletes, a player’s identity is often the collective’s concise worst. There was a time, for example, when some in the social media space opined that Rory McIlroy was too nice to be a true champion. That scorching take didn’t age well.

McIlroy won three times on the PGA Tour last season and was voted the player of the year by his peers. Nice guy or not, the Northern Irishman was 2019’s ultimate champion.

Similarly, Rickie Fowler enjoyed his own dogma defying moment at last year’s Waste Management Phoenix Open. Despite having won four times on Tour, including the 2015 Players Championship, there was an element of the general population who questioned his ability to close in tough situations. 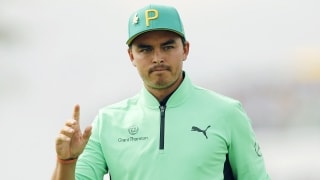 Forget past heartbreaks at TPC Scottsdale, Rickie Fowler is playing too well right now to not win the Waste Management Phoenix Open on Sunday.

When Fowler arrived at a rainy TPC Scottsdale for the final round last year the event was shaping up to be a coronation. Following rounds of 64-65-64, he began the final lap four strokes clear of the field, but it took just five holes for things to unravel.

A drive into the left rough followed by an approach well left of the green at No. 5 added up to a double bogey-6.

Fowler appeared to recover and played his next five holes in 1 under par to maintain the lead before the implosion took full flight. In a surreal collision of events, Fowler’s third shot at the par-4 11th hole raced through the green and into a water hazard. The mistake was compounded when his golf ball rolled back into the water hazard after his drop. The bizarre episode added up to a triple bogey-7.

Another bogey at the 12th hole and an uninspired par at the par-5 13th hole dropped him into a tie for the lead with Branden Grace. For those who recklessly claimed Fowler couldn’t close it was an irresistible chance to take a victory lap.

When things begin to unravel players often talk about how fast everything happens, but for Fowler it wasn’t the bad shots or the bad breaks that he was fixated on.

“Sometimes those holes are going to happen and you’d prefer that earlier in the tournament, not right when you’re in the moment and you have a five-shot lead,” Fowler said. “I was playing well. It wasn’t like I was struggling and then made a mistake and then had to fight back. The biggest thing was putting the past behind you, which I think I’ve done a good job of that throughout my career but that was a little different than most when you’re in the middle of a tournament.”

Fowler stopped the freefall with two-putt birdies at Nos. 15 and 17 for a two-stroke victory that was far more stressful than it should have been. But it also proved a point.

“For me, being able to deal with something that could have derailed me, being able to put whatever happened behind you,” Fowler said. “Once we got to the 14th tee I believe we were tied for the lead and [caddie Joe Skovron] and I were talking. We were like, we’ve got five holes left. You’re tied for the lead. You have a chance to go win the tournament. You would take this early in the week. Yes, other things happened and that’s why we’re in this position, but that’s where you try to be every week in a position to go win a tournament.” 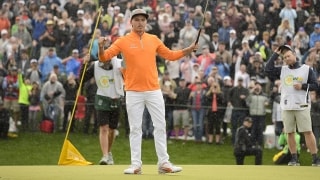 It was a bizarre Sunday at TPC Scottsdale, but for Rickie Fowler, it ended with his first victory at the Phoenix Open – and in front of his dad and grandpa.

The knock on Fowler, however manufactured, was that he’d only won once on the PGA Tour after leading through 54 holes, as if style points matter during a trophy presentation, but with one of the season’s grittiest performances he dismissed that notion, along with the idea that he can’t close.

As an added benefit, the 2019 Waste Management Phoenix Open was also a personal highlight for Fowler.

“For me it wasn’t just being able to get the job done but being able to have my dad see me win, my grandparents see me win, [Skovron’s] parents, who ran the junior golf association I grew up playing. My wife’s family. There were a lot of people who hadn’t really been around for a win yet,” Fowler said. “To be able to have that moment on the 18th green to take pictures with everyone, that’s one that will be towards the top of the list forever.”

The victory also added a new component to Fowler’s narrative that can no longer be defined in the simplest terms.