Tiger fist-pumps and cheers on Nadal in victory at U.S. Open 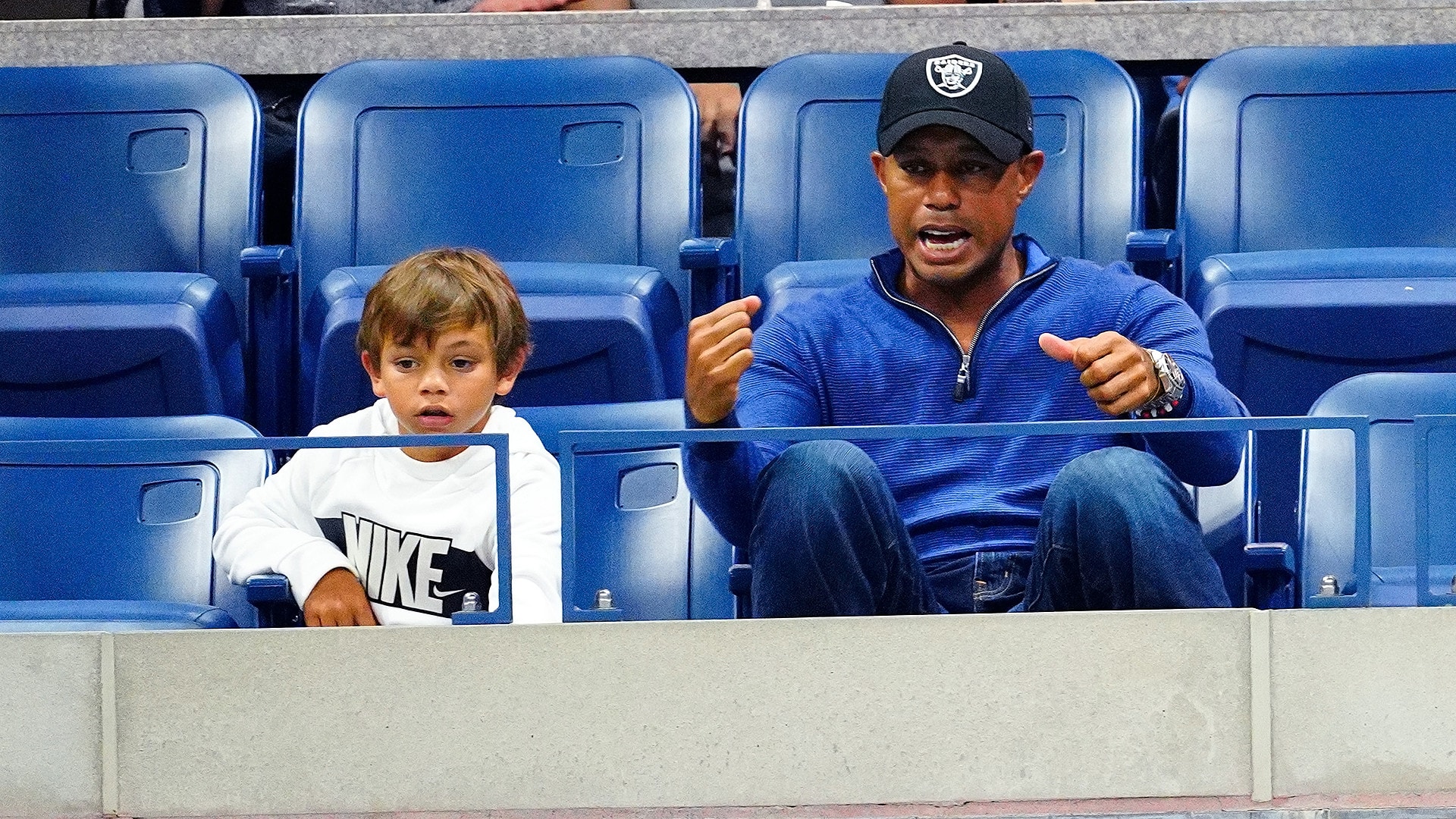 We're not sure how Tiger Woods' recently (re)operated left knee is feeling, but his right arm appears just fine.

Woods, along with his son, daughter and girlfriend, spent Monday night in New York emphatically cheering on Rafa Nadal in his U.S. Open Round of 16 victory over Marin Cilic, including after this unbelievable shot that set up match point for the Spaniard.

In his post-match interview, Nadal was asked about his famous observer.

"I always said I never had big idols, but if I had to say one, one idol is him. I always tried to follow him every single shot that he hit during the whole year.

"For me, it's a big pleasure to have him here supporting. Means a lot. He's a big legend of the sport, one of the greatest sportsmen of all time. I just want to congratulate him for one of the more amazing comebacks in sport, winning the Masters this year."

Nadal is as much a fan of golf as Woods is of tennis, having played in pro-ams and attended events. Nadal joked that his golf swing isn't ready for Tiger's eyes, but, then again, we've never seen Tiger swing at tennis racket.

"Honestly, it's much better if Tiger doesn't see my swing," Nadal said, drawing laughs from Woods and the rest of the crowd. "Maybe he can lose a little bit of rhythm after that."