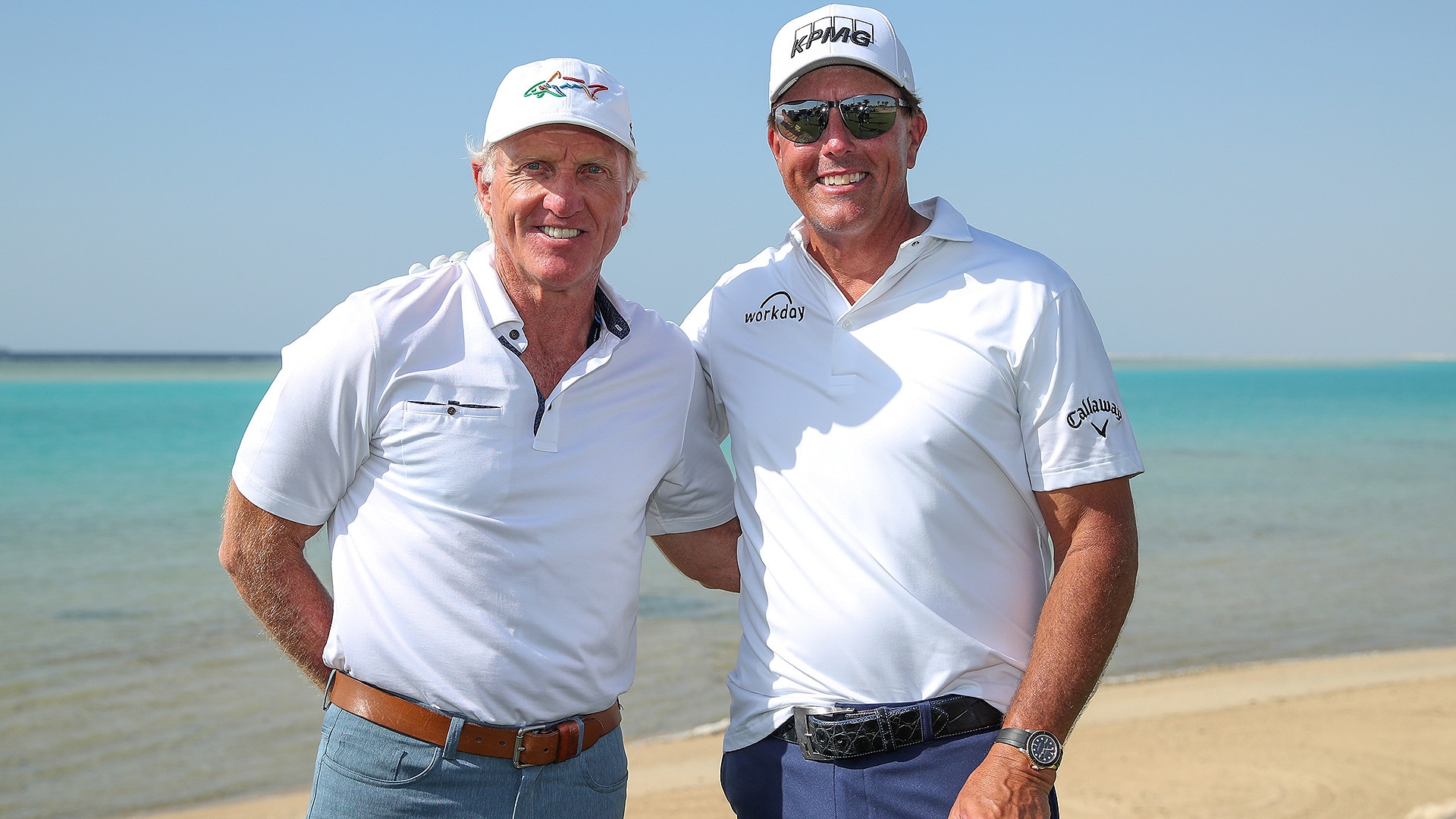 Here's a look at the timeline of key events that have transpired in relation to both the LIV Golf Invitational Series and Phil Mickelson (courtesy Golf Channel research unit):

Spring 2021: Reports surface of a proposed Saudi-backed golf league to begin in 2022.

February 2, 2022: Mickelson, in Saudi Arabia to compete at the Saudi International, rips the PGA Tour in an interview with Golf Digest, saying, “The Tour’s obnoxious greed has really opened the door for opportunities elsewhere.” His T-18 finish at that event remains his most recent start.

February 17, 2022: Alan Shipnuck, who is writing an unauthorized biography of Mickelson, releases details of a conversation he had with his subject in November, in which Mickelson told Shipnuck he helped LIV Golf Investments draft the new league’s operating agreement. According to the details released by Shipnuck, Mickelson also referred to the Saudis as “scary motherf---ers,” but said that despite their poor human rights record, “the Saudi money has finally given us that leverage [over the PGA Tour].”

February 22, 2022: Mickelson releases a six-paragraph statement on Twitter announcing he will be taking time away from the game. In the statement, Mickelson apologized to LIV Golf and the Saudis, but did not mention the PGA Tour by name. In the subsequent days, several of Mickelson’s sponsors either pause or end their relationships with him. Also on Feb. 22, in Palm Beach Gardens, Florida, PGA Tour commissioner Jay Monahan holds a previously scheduled mandatory players-only meeting, in which he reportedly tells players they would not be able to compete on the PGA Tour if they defected to the Saudi league.

February 24, 2022: Norman writes a letter to Monahan questioning the legality of a potential lifetime ban administered to any PGA Tour player who were to defect to a rival league.

March 8, 2022: At The Players, Monahan says the PGA Tour is “moving on” from the conversation surrounding other potential tours and that “we always will be focused on legacy, not leverage.” Monahan tells NBC Sports’ Mike Tirico that the door to a potential return is not closed for Mickelson.

March 21, 2022: It is reported that Mickelson, a three-time Masters champion, will not be participating this year at Augusta National, the first time since 1994 he has missed this major.

April 18, 2022: Robert Garrigus is the first player publicly named and confirmed to have requested a conflicting-event release for the first LIV event.

April 25, 2022: Mickelson’s agent, Steve Loy, confirms Mickelson is officially registered to play the PGA Championship and U.S. Open, and that a release has also been filed to play in the first LIV event. Per the statement, "Phil currently has no concrete plans on when and where he will play. Any actions taken are in no way a reflection of a final decision made, but rather to keep all options open."

May 2, 2022: In an interview with ESPN, Norman says that when Mickelson’s comments were published in February, “it definitely created negative momentum against us … we were ready to launch … and when all of that happened, everybody got the jitters.” Norman added that Mickelson is “always going to have an open door” to compete in the LIV series.

May 4, 2022: Ahead of the British Masters, Englishmen Lee Westwood and Richard Bland confirm they have requested releases to compete in the first LIV event.

May 5, 2022: After becoming upset with a ruling in the first round of the Wells Fargo Championship, Sergio Garcia tells a rules official, “I can’t wait to leave this tour. I can’t wait to get out of here. A couple of more weeks and I won’t have to deal with you anymore.” Garcia’s agent later confirms that Sergio has requested a release for the first LIV event. Also on this day, Shipnuck writes an article in which he states Mickelson lost more than $40 million to gambling, from 2010-14.

May 11, 2022: A memo sent to PGA Tour players says that the Tour is denying conflicting-event releases for LIV Golf Invitational Series events. Earlier in the day, LIV Golf announced a $2 billion investment and an expansion of the invitational events to 10 tournaments in 2023 and 14 tournaments in ’24 and ’25. The Tour also changes its eligibility for PGA Tour University, stating, college players will forfeit their Tour eligibility if they tee it up in a professional tournament that is unranked by the Official World Golf Ranking and not otherwise approved by the PGA Tour.

May 12, 2022: Norman vows to “defend, reimburse and represent” any player who faces potential discipline for playing in the inaugural event of the breakaway series. Norman also says, in relation to Saudi Arabia’s involvement in the murder of journalist Jamal Khashoggi, “Look, we’ve all made mistakes, and you just want to learn from those mistakes and how you can correct them going forward.”

May 13, 2022: The PGA of America announces the Mickelson will not attempt to defend his title at Southern Hills. Mickelson becomes the first player since Tiger Woods (2008, because of knee surgery) to not defend his PGA title. 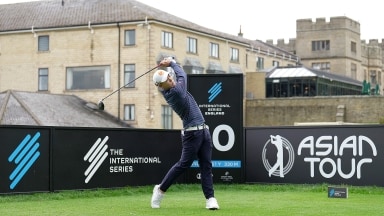