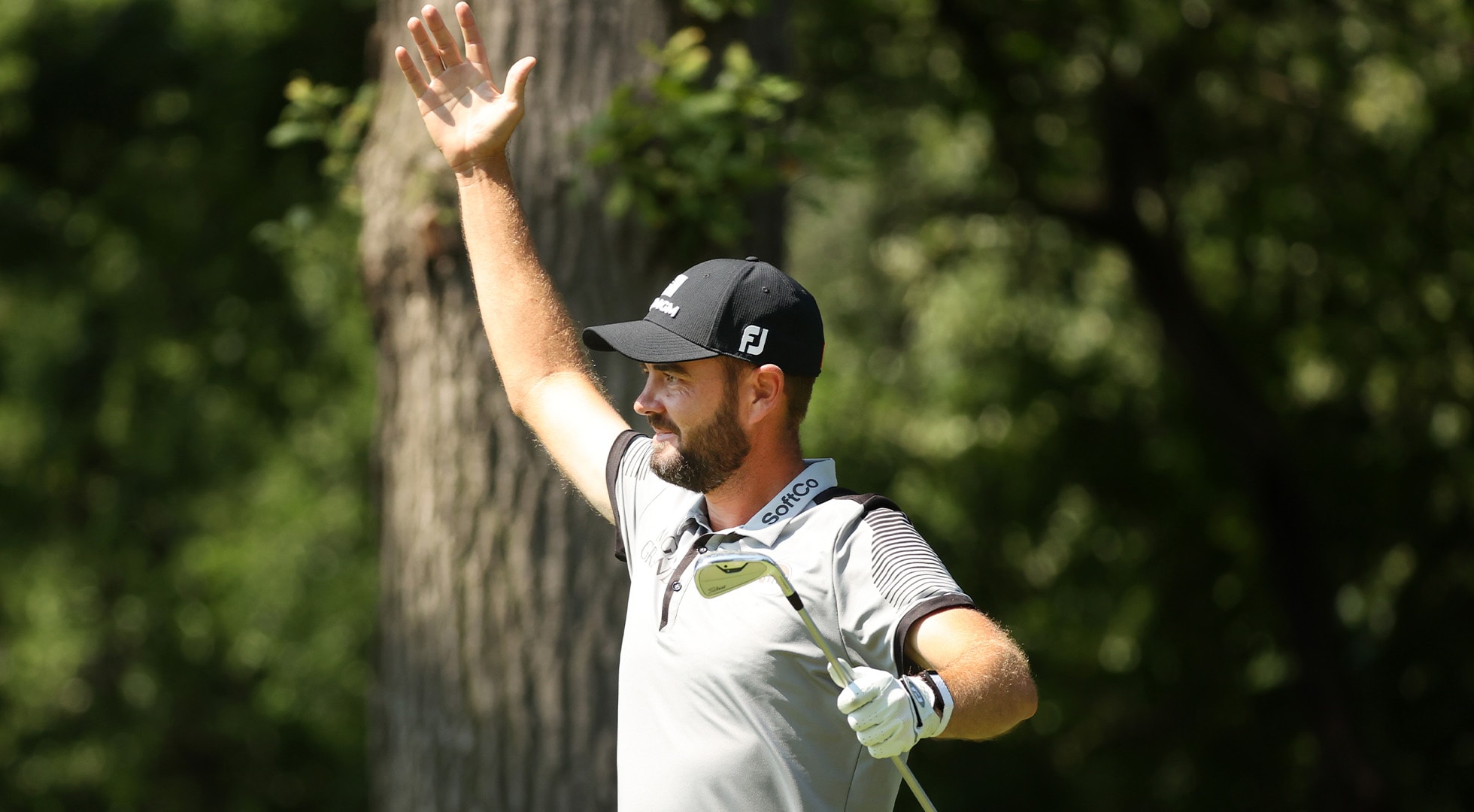 DETROIT — Troy Merritt aced the 219-yard 11th hole at Detroit Golf Club and shot a 5-under 67 on Saturday for a share of the lead with Joaquin Niemann in the Rocket Mortgage Classic.

Niemann, who shared the 36-hole lead with Tom Lewis, pulled into a tie by two-putting from 46 feet at 17. He parred the final hole, the toughest one on the course, for a 68.

Hank Lebioda (66) and Cam Davis (67) were a stroke back, and Brandon Hagy (68) was another shot behind. Lewis (71) was among six players three shots back with a legitimate shot on the relatively short course with receptive greens. 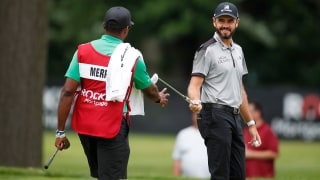 First-rounder leader Davis Thompson (72) was six shots back. After opening with a course-record tying 63, he has played the last 36 holes in 1 over with rounds of 73 and 72

The 35-year-old Merritt made his first hole-in-one on the PGA Tour — with a 5-iron off one bounce — to give him a three-stroke advantage. He had a bogey on the next hole to cut into his cushion on a jam-packed leaderboard and he ended up losing the lead by closing with six straight pars.

Merritt won his second PGA Tour title at the 2018 Barbasol Championship. The next year, he missed two months of competition due to a surgery that removed a rib after he had a blood clot that ran from his chest to his left elbow.

He entered this week with three top-10 finishes this year — including a pair of them in May — to put him within one of matching the most he has had in a year since making his PGA Tour debut in 2010.

Merritt moved atop the leaderboard quickly after starting his round Saturday at 9 under, one shot off the lead.

He had four birdies through seven holes and lamented not having another, missing a 14-foot putt on the ninth hole.

His ace on the par-3 11th put him at 6 under for the day. Merritt took his cap off and bowed his head, recognizing the roaring crowd, and may have had a hard time composing himself. He missed the fairway to the right on the 493-yard, par-4 12th. Then, he was long on a chip and 14-foot putt, giving him a bogey and cutting his lead to a stroke.

The 22-year-old Niemann took advantage with two birdies over his last five holes to put him in a position to win for the second time on tour. He became the first player from Chile to win on the PGA Tour at The Greenbrier in 2019.

Defending champion Bryson DeChambeau missed the cut and left Detroit without speaking with reporters, leaving lingering questions about making a caddie change on the eve of the tournament that he didn’t address in an Instagram post.

“Did not have my best this week, but that is golf sometimes,” DeChambeau wrote. 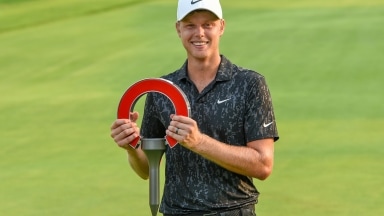 Another long playoff on the PGA Tour. This time Australian Cam Davis prevailed for his first win at the Rocket Mortgage Classic. 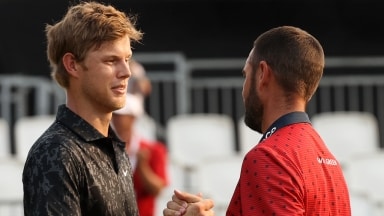 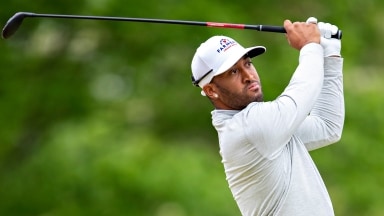