Bryson DeChambeau on LIV Golf series: Not in a place 'where I can risk things like that' 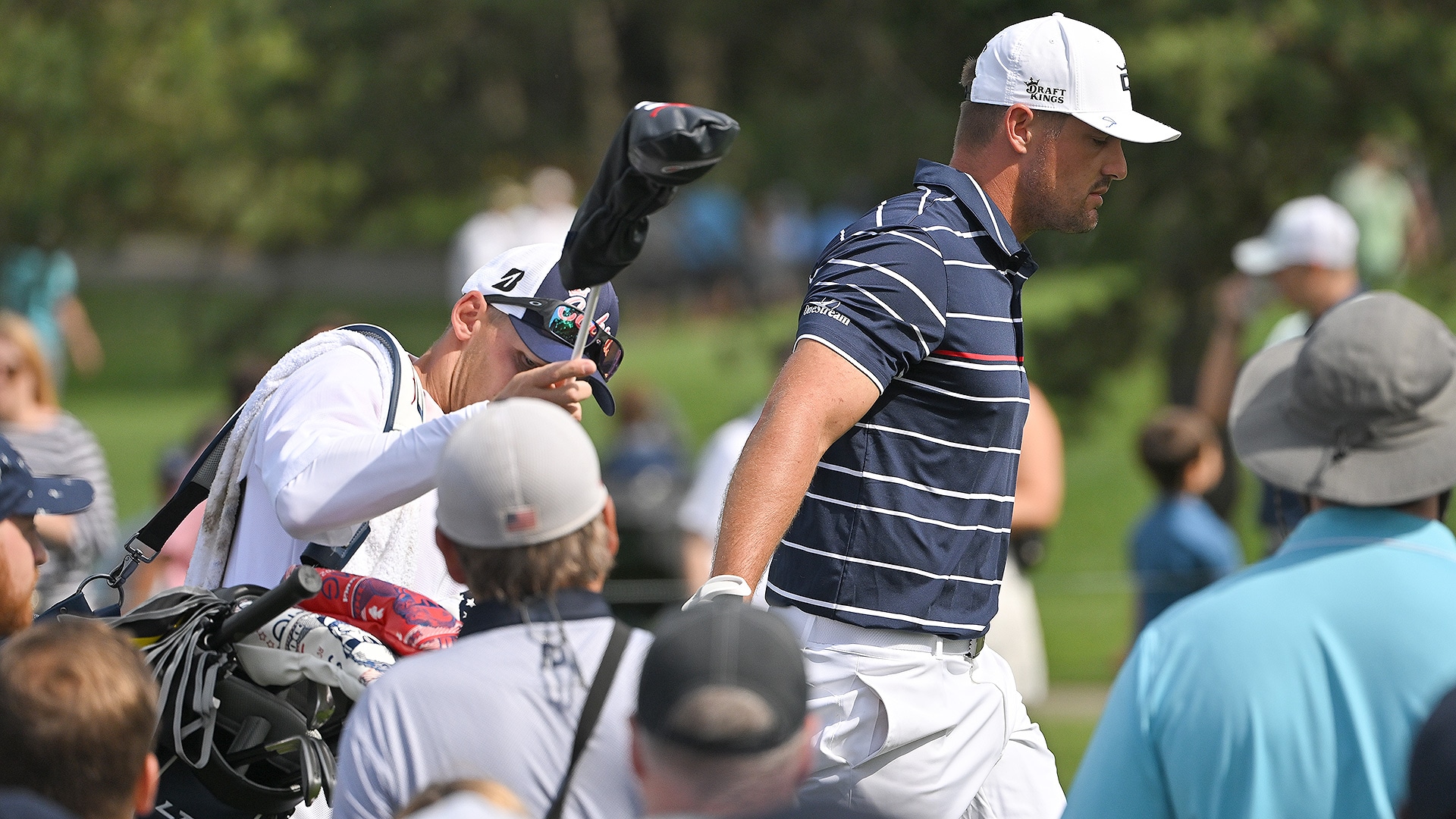 In February, Dustin Johnson released a statement saying he was committed to playing the PGA Tour, rather than the Saudi-backed LIV Golf series.

We know how that turned out.

A few hours after DJ’s faulty declaration, Bryson DeChambeau released his own statement via social media, one lacking an authoritative alignment with the Tour.

“I want to make it very clear that as long as the best players in the world are playing the PGA Tour, so will I,” the statement read.

DeChambeau, like Johnson, was one of the initial big names associated with the rival league, both players regulars at the Saudi International.

At this year’s Saudi event in early February, DeChambeau hurt his wrist playing table tennis and eventually had surgery after missing the cut at the Masters. He returned at this week's Memorial Tournament, where he opened in 4-over 76.

After his round, DeChambeau was asked by media about how much his injury affected his decision making in competing – or not competing – in the LIV Golf International Series, which begins next week in London.

DeChambeau’s initial statement came nearly three weeks after his injury in Saudi Arabia. And, as we saw with Johnson deciding to enter the first LIV Golf event, despite the Tour not allowing competing-event releases, statements aren’t absolute.

Here is what DeChambeau said in full on Thursday, as he reiterated his desire to play with the world's best:

"I think that's mostly – a lot of it is private. There's not really any conversations that need to be made about that, other than the fact that, like, every person out here has their own opinion on it. Me, there's obviously a lot of conversation. For me, I personally don't think that at this point in time I'm in a place in my career where I can risk things like that.

"I'm loyal to my family that I've created around me with sponsors and everything. And as of right now, the golf world is probably going to change in some capacity. I don't know what that is. Not my job to do so. I'm just going to keep playing professional golf and enjoy it wherever it takes me, play with the best players in the world. That's really all I've got, that's what I'll do for the rest of my life, because I want to be one of the best players in the world."