Long road ahead: KFT's early-season stars have to wait on promotion 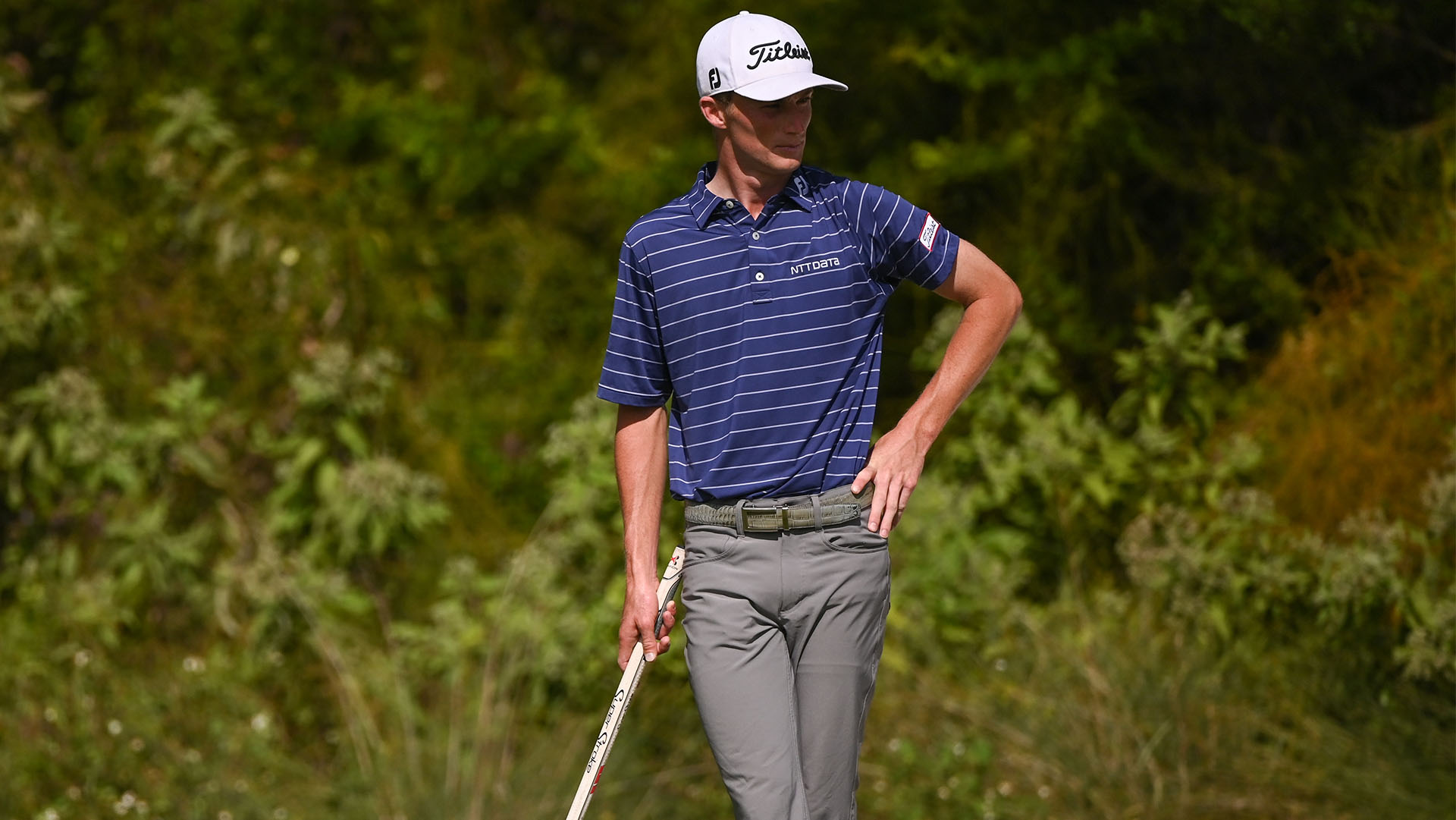 After holing the final putt to capture the Panama Championship in February, Davis Riley admits that he started to turn his attention north.

Even just one month into the Korn Ferry Tour season, the math didn’t lie: 25 regular season events, 25 PGA Tour cards waiting at the finish line. Win one, as Riley did in the season’s third event, and you’re well on your way to a coveted promotion. Throw in his top-10 finish at the season-opener in the Bahamas, and the former Alabama standout knew that his goal was well within reach after just a handful of tournaments.

“Once you get off to that kind of a start, the way I was playing, you’re like, ‘OK, this is a great opportunity,’” Riley said. “Just keep doing what I’m doing, and a Tour card should be no problem.”

Of course, that line of thinking came from a time not that long ago when the terms COVID-19 and coronavirus were passing storylines instead of life-altering phrases. Riley still occupies an enviable position, ranked No. 2 on the season-long points list when competition ground to a halt in mid-March. But he and others high in the standings are now coming to grips with the fact that their PGA Tour dreams won’t materialize as quickly as they had hoped.

The developmental circuit is set to return in mid-June, with an unnamed “one-off event” June 11-14 at TPC Sawgrass’ Dye Valley Course. That served as a glimmer of hope for players, but there’s also no denying that Korn Ferry membership is not the top priority for executives in Ponte Vedra Beach. They’re still trying to resurrect the 2020 PGA Tour season, and that brings with it all sorts of membership and eligibility issues.

The Tour lent clarity to the eligibility situation Thursday in the form of a memo that outlined adjustments for the 2021 season. Among the announcements were details that there will not be any Korn Ferry Tour graduates this year, with their spots on the priority ranking going to PGA Tour members who miss out on the top 125 in FedExCup points during this truncated season. Any PGA Tour members this season will retain membership next season, and if no one’s moving down a level there is no room for fresh blood to move up. 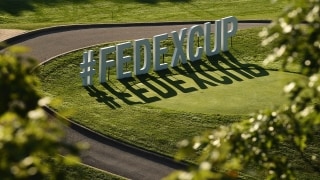 The lone olive branch extended to current Korn Ferry Tour players: the top 10 after the Korn Ferry Tour Championship this fall will be allowed to enter opposite-field PGA Tour events during the 2020-21 season.

Korn Ferry players are caught in the middle of a domino effect, one that could also stunt the growth of those on the Mackenzie Tour and PGA Tour Latinoamerica. It’s a sobering realization for players like Riley, who is now looking at another 15 months of Korn Ferry life and a new reality that's a far cry from the full status he envisioned would soon be his after lifting that trophy in Panama.

“I feel like I completely understand that a lot of the guys that don't have great status haven't gotten opportunities, and they're still members and they deserve opportunities. Like, I get that part," Riley said. "But it feels like to me that the people that have greatly benefited from this are the guys who really haven't gotten off to the greatest start, because now they've got more time to make up ground."

The top-10 provision is a step in the right direction amid a difficult situation, but hardly a panacea. Riley’s roommate and fellow Korn Ferry player, Will Zalatoris, described any scenario that didn't reward the top Korn Ferry finishers from 2020 as "a recipe for disaster." While the Tour's offering falls short of exempt PGA Tour status for even the top point-earner, he understands the difficult nature of making eligibility decisions with wide-reaching ramifications.

"Of course I'd love for the season to finish this year, but I know that (Korn Ferry Tour president) Alex (Baldwin) and the PAC are doing the best they can," Zalatoris said. "I've got a lot of faith in them. It's an unprecedented situation."

Zalatoris is currently 18th in the points standings thanks to a consistent start that included a pair of top-10 finishes. But that still leaves him outside the top-10 cutoff that would yield a few PGA Tour starts next season, and he’s now facing an extended stay of grinding out his share of six-figure purses instead of the more lucrative alternative.

“It’s frustrating for sure,” Zalatoris said. “A lot of guys, if they would graduate, now they’re missing out on a million-plus dollars. It’s not about the money, it’s obviously always about the process. But for the guys that are just getting out and getting started, that one kind of is a little bit of a shot to us.”

Both Riley and Zalatoris are 23 years old, with bright futures ahead of them. The notion of treading water for a few extra months, or slightly delaying their bullish prospects, seems minor in the grand scheme of things. But as Ben Kohles can attest, there is no such thing as a guaranteed ascent.

Kohles turned heads when he won his very first Korn Ferry start after turning pro in 2012, then backed it up by winning again the very next week. Success seemed like a given. But he hasn’t won since, and after struggling as a PGA Tour rookie in 2013 he has spent the last seven years unsuccessfully trying to get back to the big stage. 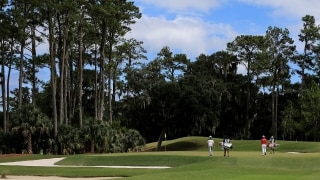 The Korn Ferry Tour's planned restart will begin with a Florida double, with new events at TPC Sawgrass and the World Golf Hall of Fame.

This year signaled a resurgence, as Kohles finished T-3 in Panama and second in Colombia. He got as high as sixth in points and is currently 10th, a position that didn’t seemingly hold much importance when the hiatus began but which could now become the target number for some semblance of PGA Tour access next year.

“It's nice that they're giving us something, and I fully support the Tour's decision," Kohles said. "But it's tough knowing there won't be any Tour cards given out this year."

Kohles lives in Ponte Vedra Beach and has been staying sharp by regularly practicing at TPC Sawgrass, where the circuit expects to resume competition next month. But even though his journey back is already years in the making, the sense of purgatory lingering in the current climate remains less than comforting.

“It’s nice that we’re able to still play golf,” Kohles said. “But at the same time, it’s not like I want to go out and grind for the next two months for maybe a tournament that we have, or not. It’s just so up in the air.”

When it comes to competition amid coronavirus, no situation is perfect. Guys like Riley, Zalatoris and Kohles were seemingly at an advantage after their strong starts to the season, especially if facing a condensed schedule. But a marathon that lasts until next summer will only water down the merit of their accrued results, and it could give other players who may have struggled out of the gates even more time to get hot, catch up and potentially snag a promotion that would’ve seemed out of reach when play was halted.

“You’re going to have some cases where you’ll see a guy miss 10 cuts and get his Tour card, just because there are so many tournaments,” Riley said. “Our Korn Ferry Tour Championship this fall obviously means something, but there’s not the same reward in the end. So it’s a very strange spot.” 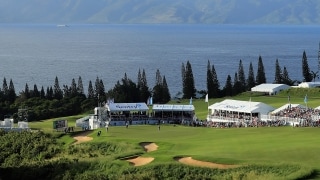 The PGA Tour announced several more updates, including new criteria for the Tournament of Champions.

But even amid unprecedented uncertainty, players are attempting to embrace optimism. Zalatoris was emboldened by the circuit's decision to retain the three-victory “battlefield promotion,” a longstanding incentive that ensures automatic and instant promotion after a player’s third win in a single season. It will still be offered to anyone that racks up three victories in what’s now the 2020-21 Korn Ferry season.

“I know I’m capable of doing it,” Zalatoris said. “I’ve been in contention already three or four times in the 20-plus events I’ve played on the Korn Ferry Tour. So I know it’s just a matter of time until I get one.”

The battlefield provision means Riley would need only two more wins before next August to lock up PGA Tour status. It’s a tall task, sure, but he’s already planning to ramp up his schedule upon return in order to protect his standing inside the top 10. He also has faith that, with an even larger sample size, the cream will rise to the top of an unusually long campaign.

In the end, it’ll likely be a mix of the scenarios bouncing around in the minds of Riley and others: many of the top players will retain their top-10 standing and potentially gain a foothold thanks to a few extra PGA Tour starts in places like Puerto Rico and Bermuda. At the same time, some players who are miles off the current radar will make a big enough splash once play resumes to nab an unexpected card by next summer.

The interim will boil down to a numbers game, as players look to adjust to new guidelines and shifting goalposts while chasing a hard-fought promotion. It’s an arduous path leading to an ample reward, and for many of the game’s brightest prospects the path just got considerably longer.