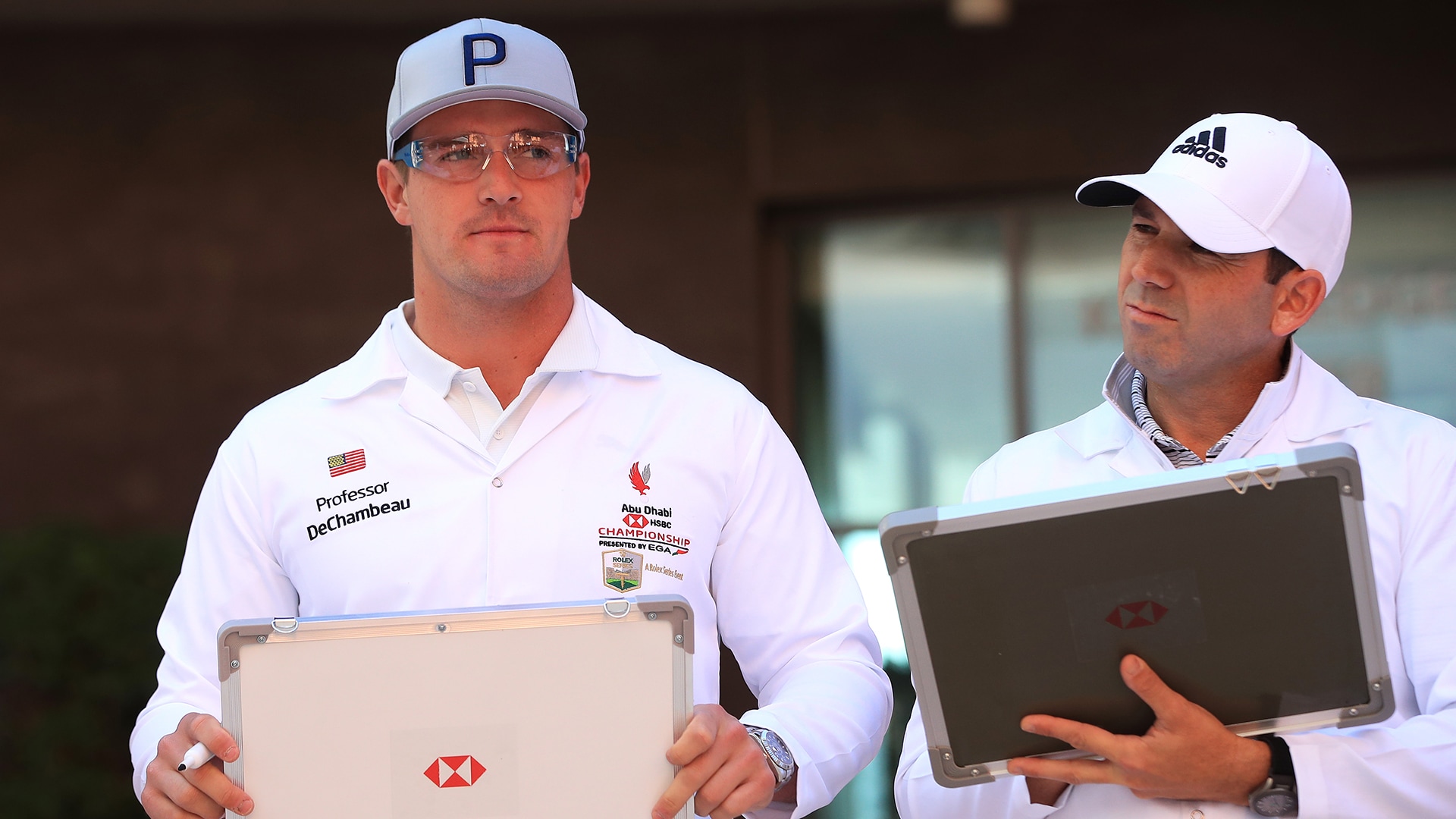 After finding himself at the center of a slow-play firestorm last year, Bryson DeChambeau is ready for golf's professional circuits to crack down on some of the slowest players in the game.

Both the PGA Tour and European Tour unveiled changes to their respective pace-of-play policies this week, with the new PGA Tour policy set to go into effect at the RBC Heritage in April. DeChambeau has been viewed as a slow player on both sides of the Atlantic, having faced criticism for his 72nd-hole "process" last year en route to winning at Dubai.

But those criticisms reached a fever pitch in August, when a viral video circulated in which he took more than 2 minutes to hit an 8-foot putt at The Northern Trust. Speaking to reporters Tuesday at the Abu Dhabi HSBC Championship, he supported the new rule changes and claimed last year he got an undeserved reputation.

"On the PGA Tour, when stuff was happening, I told you guys, I welcome it," DeChambeau said. "I was playing under the rules and there was no rhyme or reason to be called out, other than the fact that it looked like it was a really, really long time that it took. And it was, absolutely. I'm not saying it wasn't.

"But I was playing under the rules at that point in time, and there's no reason why I should have been given so much heat, considering other things that had occurred that day and previous days of other people that I played with, and other things that occurred."

While the PGA Tour's previous policy offered no way to penalize slow players if their group was not out of position, the new policy will feature a larger focus on individual offenders, with the slowest 10 percent of Tour players subject to additional scrutiny and time restrictions.

While that list won't be disclosed to the public, DeChambeau has claimed on multiple occasions that he's not among the slowest on Tour, even going so far as to cite the speed at which he walks in between shots as a benefit to his overall pace. With his newfound physique yielding eye-popping Trackman numbers, he also believes his recent distance gains will help him move more quickly around the course in the new year.

"Considering how far I'm hitting, I don't think that will be an issue anymore," he said.