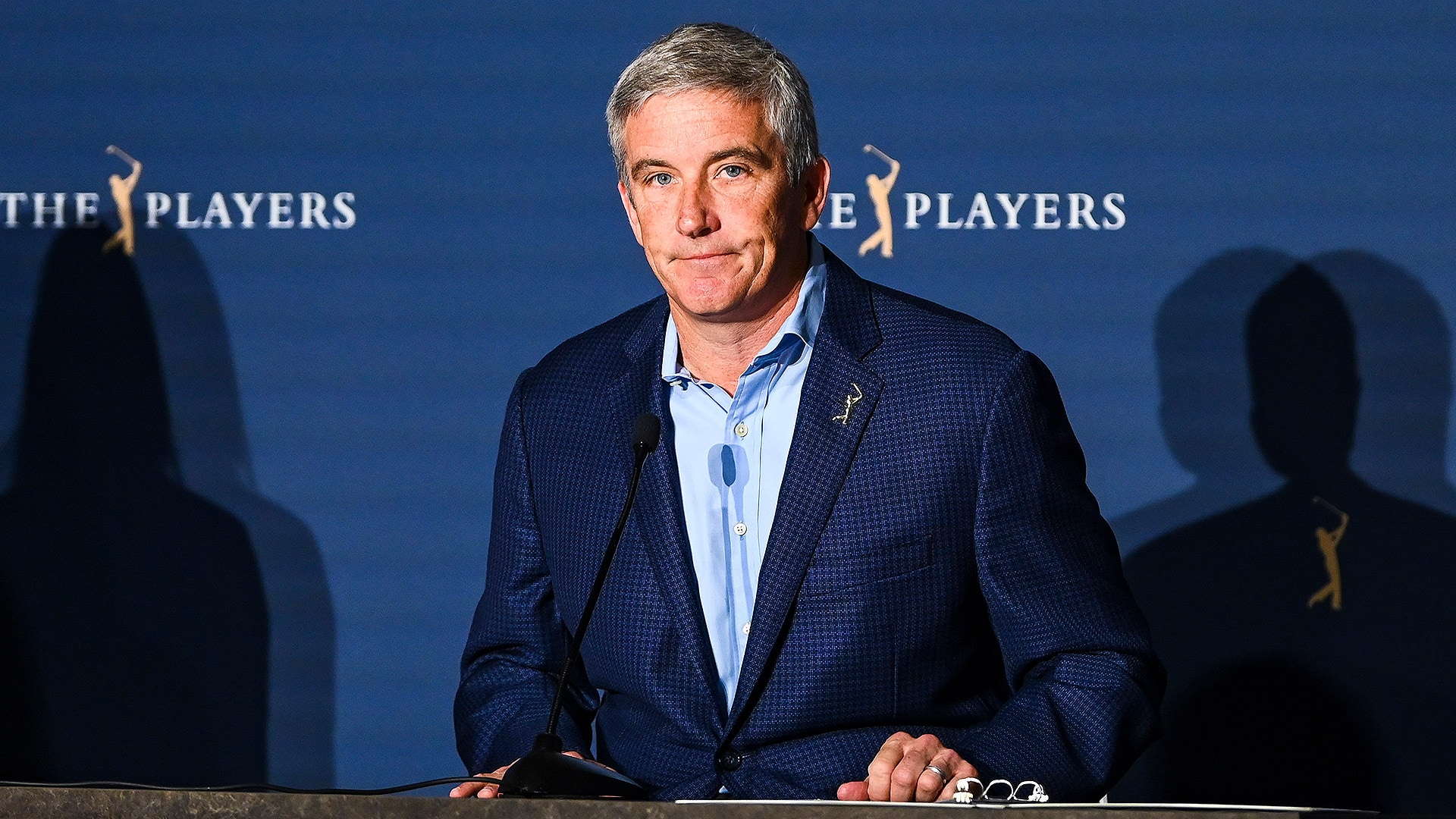 PONTE VEDRA BEACH, Fla. – The combination of early mornings, late nights and too many meetings had taken a predictable toll on PGA Tour commissioner Jay Monahan.

As he started his third news conference of the week early Friday at The Players Championship, he sounded hoarse and his normally youthful face was drawn.

“He looked the way I feel," Billy Horschel said. "You feel a little beat down, you feel sad."

Ten hours earlier, Monahan had reversed course and announced the cancellation of the circuit’s flagship event in response to the ongoing spread of the coronavirus, following days of speculation and second-guessing.

When Monahan forged ahead with Thursday’s opening round, complete with fans, there were some not-so-subtle suggestions that the circuit might be coloring a tad too close to the lines.

“What about all these people, standing next to each other, breathing on each other, handing us their hat to sign. I thought I’d wake up [Thursday] morning to a different tune and that spurred that tongue-in-cheek tweet,” said Lucas Glover, who sent out a critical tweet before his first round. “That’s my way of disagreeing with something, is try to be funny about it.”

Around noon, Monahan announced fans would not be allowed on property for Round 2, or any tournament through next month’s Valero Texas Open. It seemed like a step in the right direction, but still just short of where the Tour should have been.

Nearly every other major sport had pulled the plug and yet Monahan and the Tour carried on with the commissioner explaining that golf, played along 400 acres, was different from other sports and allowed players to “socially distance themselves.”

What changed between that announcement, and news just past 10 p.m. ET that The Players – along with the next three weeks of tournaments – had been cancelled, is not exactly clear.

Monahan referenced decisions made by Universal Studios and Disney World in Orlando, Fla., to close operations, as a tipping point and he also acknowledged that player concerns factored into the cancellation. 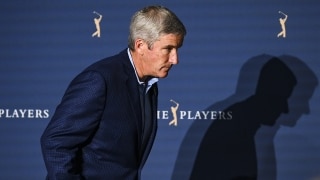 Why The Players won't be rescheduled this year

The PGA Tour’s flagship event, The Players Championship, won’t be rescheduled, and here's why.

“There were some players that were concerned. That's something that we took into consideration and took very seriously,” the weary commissioner acknowledged.

What Monahan didn’t acknowledge was how images of his players walking empty fairways on Friday would have played out on a national stage that has been cast into silence by the coronavirus outbreak.

With nearly every major sport shuttering in response to the virus, golf suddenly found itself on a curious perch and sending a message that somehow the game was above the pandemic. That, of course, was not Monahan’s intention but when the world is watching, perception is reality.

Under the relentless glare of hindsight, a case can be made that Monahan was slow to read the room, particularly when compared with his counterparts at the LPGA and Augusta National. The LPGA moved quickly to cancel events and Augusta National postponed the Masters Tournament a month in advance.

In fairness to Monahan, both LPGA commissioner Michael Whan and Augusta National had time on their side, while the Tour had to make decisions in real time without the benefit of knowing the next headline.

The only comparison may be how Monahan’s predecessor, Tim Finchem, reacted during a similarly fluid crisis after the 9/11 attacks. It took Finchem less than 24 hours to cancel the World Golf Championship event scheduled in St. Louis, Missouri. It’s not a perfect comparison, and it should be noted the Tour continued with its regular schedule following a week off, but it does speak to the decision-making process.

This was Monahan’s first major test as commissioner and although most agree he arrived at the correct answer, there is a question of why it had to be such a circuitous route.

“While we wanted to do everything we could to play our Super Bowl, we also wanted to be smart and rational,” Monahan explained. “To cancel it is a really hard decision. It's gut-wrenching. When you're affecting so many people's livelihoods, that weighs heavily on you.”

Early Friday, that toll was etched into Monahan’s tired face.

It promises to be a stressful few months for Monahan and Co. as the Tour, along with nearly every sports league, navigates through a wildly uncertain landscape. It was a difficult few days for the commissioner and his work is just starting.