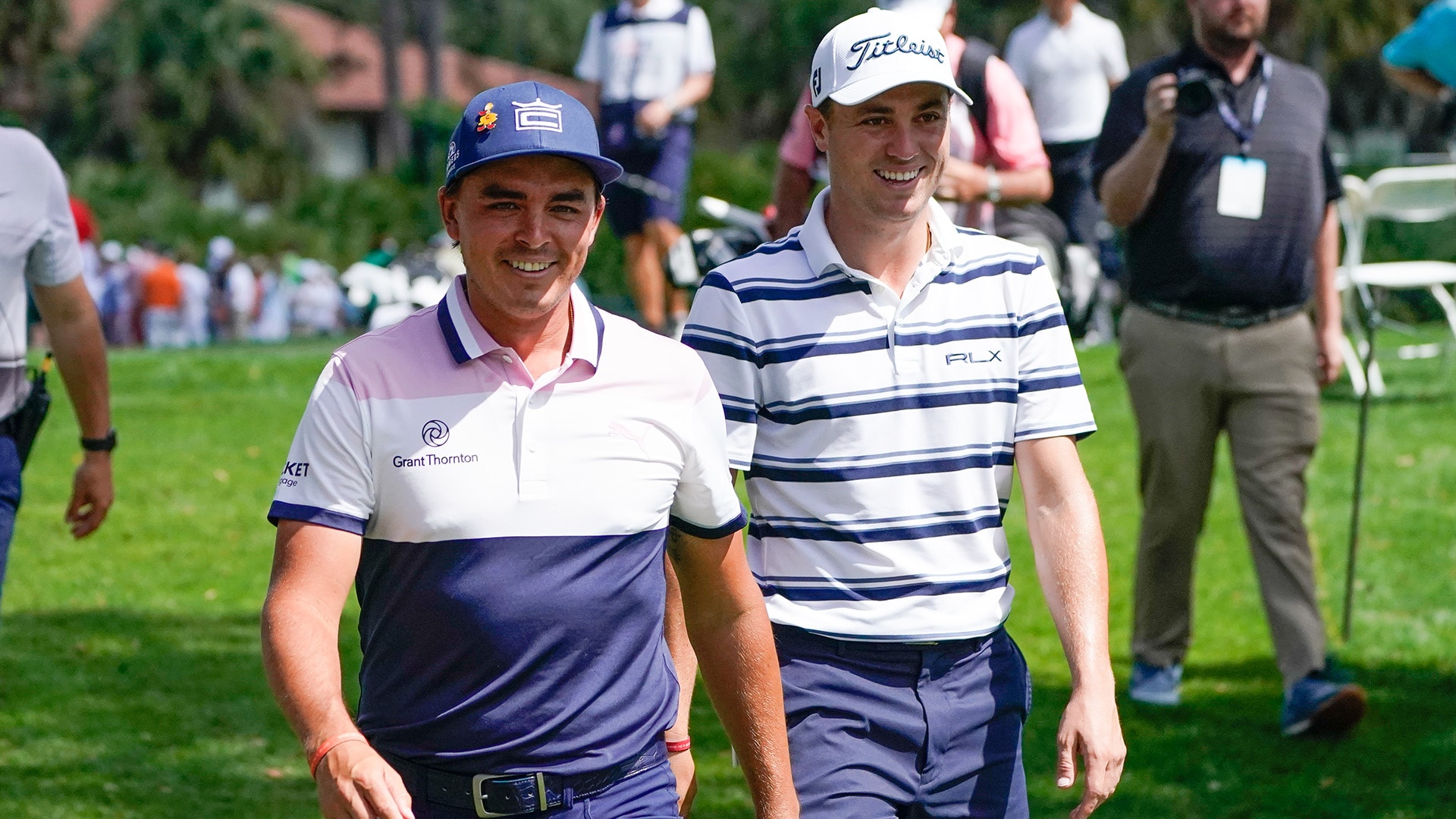 PALM BEACH GARDENS, Fla. — Rickie Fowler sent a powerful message to the USGA and R&A on Thursday at the Honda Classic.

If you’re a fellow pro fed up with how the simplified new Rules of Golf are complicating the start of the new year, Fowler’s viral drop was brilliantly choreographed. It was as amusingly crude as it was eloquent. It was a manifesto of imagery.

When Fowler took a drop for an embedded ball in the first round, he mocked the new rules, squatting as if upon a toilet to pretend to make the drop.

His message came through loud and clear.

This dropping from the knees is a load of crap.

“I still don’t think anyone has found a way to look cool, athletic or good,” Fowler said.

He could have been talking about an overall frustration with the new Rules of Golf. The revamping of terms and practices has brought far more irritation among the player ranks than anybody in charge of the game expected.

That’s what he told media the day before the Honda Classic began. His opinions only hardened in the first round, when he bent the shaft of his 9-iron, hitting a tree with a shot at the 10th hole. The new rules wouldn’t allow him to replace the club, the way the old rules would have.

Unable to repair the club, as new rules allow, he played the final eight holes with 13 clubs.

Thomas said he probably couldn’t have replaced the 9-iron in a timely fashion anyway, with his backup at his Jupiter home down the road, but it’s the principle.

“You can just add that one to the list of rules that don't make any sense,” Thomas said.

Fowler got a close-up look at Thomas’ woes. They played together.

“With the new rules, if he would have broken that club, he wouldn't have been able to replace it,” Fowler said. “If you're telling a baseball player that he's up to bat, and his bat breaks during that at-bat, he's out? Or a hockey player, his stick breaks during the course of play, he’s done? So that's kind of funny.”

Ernie Els was a nice story in Thursday’s morning wave, with the “Big Easy” putting up a 66 that got him into contention to win his 20th PGA Tour title. He’s 49. His play resurrected questions of whether he’s interested in being a playing captain when he leads the Internationals against the Americans at the Presidents Cup at year’s end.

By day’s end, Els was a distant memory.

Fowler, Thomas and Alex Cejka found themselves in starring roles with the new rules once again the big storyline.

Cejka became the first PGA Tour pro disqualified for violating the new rules limiting green-reading materials. He was DQ’d at the 14th hole, when rules officials confirmed playing partner Cameron Tringale’s suspicion that Cejka’s green book was out of scale.

There will be less furor over Cejka’s violation, but the trifecta of rules issues continued to threaten the relationship between PGA Tour players and the game’s governing bodies.

“I would say, by and large, they’ve been a huge success,” Davis said during the organization’s annual meeting. “They did exactly what we wanted them to do, which was really simplify the understanding and make them easier to apply.”

A few days later, R&A chief executive Martin Slumbers, whose organization co-authors and administers the rules with the USGA, took a different view.

“It’s fair to say that it hasn’t gone as smoothly as I would have liked,” Slumbers said.

You can see why PGA Tour pros are frustrated.

Nobody in charge seems to be on the same page.

From the USGA, to the R&A, to the PGA Tour and beyond, there’s a growing disconnect.

After tour pros protested the unfairness in the new rule that forbids caddies from aligning players, there was an intervention, of sorts.

A week after Haotong Li was questionably penalized while in contention in a European Tour event in Dubai for his caddie's breaking of the alignment rule, the PGA Tour took an unusual step. After Dennis McCarthy was penalized at the Waste Management Phoenix Open for a similarly questionable violation of the rule, the PGA Tour rescinded the penalty. It caused the USGA and R&A to suspend the rule until they could issue a clarification.

The PGA Tour may not be done intervening in that way.

Player frustrations over the new rules were a topic of conversation in a mandatory players’ meeting at PGA National this week. Tour commissioner Jay Monahan presided. Players fear other controversies may be lying in wait.

“I think it will be interesting to see what comes up with the new rules,” Fowler said.

Players won’t be surprised if the PGA Tour continues to assert itself in the rules-making process. The USGA and R&A’s authority hangs in the balance.

“They’ve just written more gray areas into the game that were not necessary,” Adam Scott told the New York Times two weeks ago.

Scott doesn’t like the way the sweeping rule changes affect the Tour’s image.

“I think we’re a laughingstock,” he said.

If the USGA and R&A aren’t careful, Fowler might be remembered for the “drop heard 'round the world.” If player frustration grows worse with more unanticipated rules issues, PGA National might be remembered as the sport’s Lexington and Concord, where a revolutionary war commenced, where PGA Tour pros launched their quest for independence in rule making.

Yeah, there’s hyperbole in that . . . or maybe not