The Social: Brooks knows fashion, bro; Phil just wants to chat with you 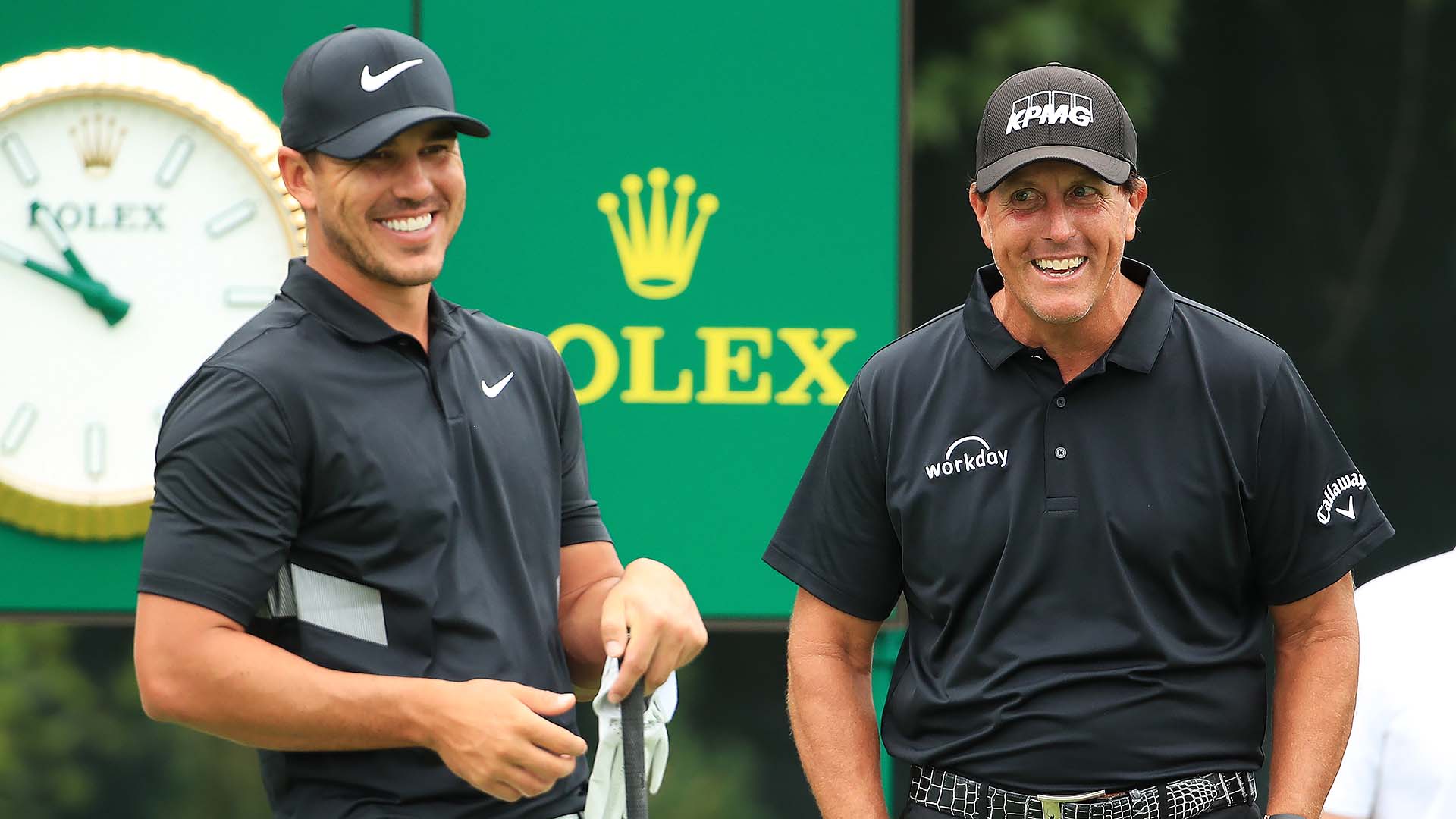 Brooks Koepka takes it all off, Phil Mickelson takes some of it off, and the PGA Tour fraternity can't stop roasting each other on social media. Plus lip synching, fashion advice and the start of fantasy football season.

It wasn’t that long ago that the golf world at large wondered why Brooks Koepka wouldn’t open up.

Since then he’s been super critical of slow play, squabbled with the media and posed for photos without clothes on, all while continuing to dominate the sport.

Every time you peel a layer back on Koepka, there seems to be even more underneath. That was the case last week at the Tour Championship, when he released the first photo from his ESPN the Magazine Body Issue, in which he is somehow even more naked than we’ve seen him in the past.

The four-time major champ obviously has got it, and he should feel free to flaunt it, on and off the course.

But that doesn't mean his PGA Tour peers are just going to ignore it. Actually, they did the exact opposite, starting with good buddy Dustin Johnson, who took the liberty of redecorating his East Lake parking spot.

And as well as Koepka pulls off naked - which is not an easy thing to do - he's still no 64-year-old Greg Norman.

Time for the big reveal! Honoured to have been a part of the @ESPN #BodyIssue. 63 and strong 💪 #Body10 📷: @kwakualston

None of us will ever be 64-year-old Greg Norman.

From wearing nothing at all to slinging fashion advice, Koepka had himself a week at East Lake.

After playing the first round of the Tour Championship in a special-edition pair of Nike Off-White golf shoes, Koepka was asked about them, and why he left the zip-tie tag on during play.

And let’s just say the 29-year-old doesn’t subscribe to the theory that there are no dumb questions.

“The Off-Whites? It's fashion, bro," Koepka said. "This is such like a typical golf nerd, like 40-year-old white man … I don't know how to explain it. It's Off-White. It's fashion. I guarantee the whole golf world has no clue what Off-White is, but it's fresh.”

the video of @BKoepka explaining his off white kicks to someone he calls a “40 year old golf nerd” is absolutely *chefs kiss* @virgilabloh pic.twitter.com/2yAgsMc83G

So that clears things up.

It's fashion. It's fresh. And you have no clue what it is.

And most importantly, you'll never have to worry about whether or not to take the zip tie off because they cost anywhere from $200 to $900 a pair.

If you’ve ever wanted to chat with Phil Mickelson, well now’s your chance.

Obviously, Phil has been an absolute delight since joining social media, but he’s taken it up a notch since last week. Maybe with a little extra time on his hands since he didn't qualify for the Tour Championship and is apparently no longer eating, Mickelson is responding to everybody on Twitter. No seriously, everybody.

Talking about his daily routine, rating peoples' dogs and even simply just saying “hey” to fans … if you ask, Mickelson has been answering.

Same as today
Worked out at 6:30 with Sean Cochran
Hiked Torrey with Amy and weights in each hand
Played beach volleyball for 3 hours
Swam 1/2 mile in ocean
Got home,showered and now I’m tweeting
It’s been a great day

She’s cooler than you

Arguably the greatest talker in the history of the game was reluctant pick up Twitter until about a year ago. Now, it appears he'll never put it down.

O.J. Simpson being mad at Andrew Luck for retiring and ruining his fantasy football draft.

Andrew Luck you couldn’t have shared that news before I drafted you an hour ago? #andrewluck @Colts pic.twitter.com/szGO2Dik2i

This viral video clip here is the latter.

Professional wakeboarder Steel Lafferty was playing ChampionsGate Country Club near Orlando last week when a 7-foot 'gator strolled in front of his ball.

Not that the man minded, casually playing his shot right over the giant reptile.

Golfing in Florida is just different... 🐊

Randy Jackson can handle this one: SONGBIRD OF A GENERATION

Louis Oosthuizen didn’t make much noise last week at East Lake, finishing in a tie for 21st, but he showed off the voice of an angel on his way out of town, just not his voice.

Much like after the PGA Championship two years ago, Oosthuizen ended his PGA Tour season with his best lip-synched rendition of "Just an Illusion" by Dutch singer Julia Zahra … and the dude absolutely crushed it.

I was fighting to winning the FedEx Cup ... but it was just an illusion 😩. Congratulations to @rorymcilroy great playing! Thank you to my sponsor @pingtour @footjoy @titleist @wheelsup8760 @switchgrips_intl @suninternationalza . It was a good season! pic.twitter.com/mRFwSCvRqo

PGA Tour players are straight savages on social media in 2019, and they should take that as a huge compliment.

Sure, there’s an argument to be made that the pro game could use a bitter rivalry or two to spice things up, but all these guys being friends and cashing gigantic checks on a weekly basis is why they feel so comfortable roasting each other on Instagram. And the fans can’t get enough.

This week was no exception, with Justin Thomas, McIlroy, Mickelson, Koepka and Luke Donald all hopping in the comment sections of each other’s posts to get their zingers in.

It's hard to pick a favorite, so you can admire them all (and plenty more) below: 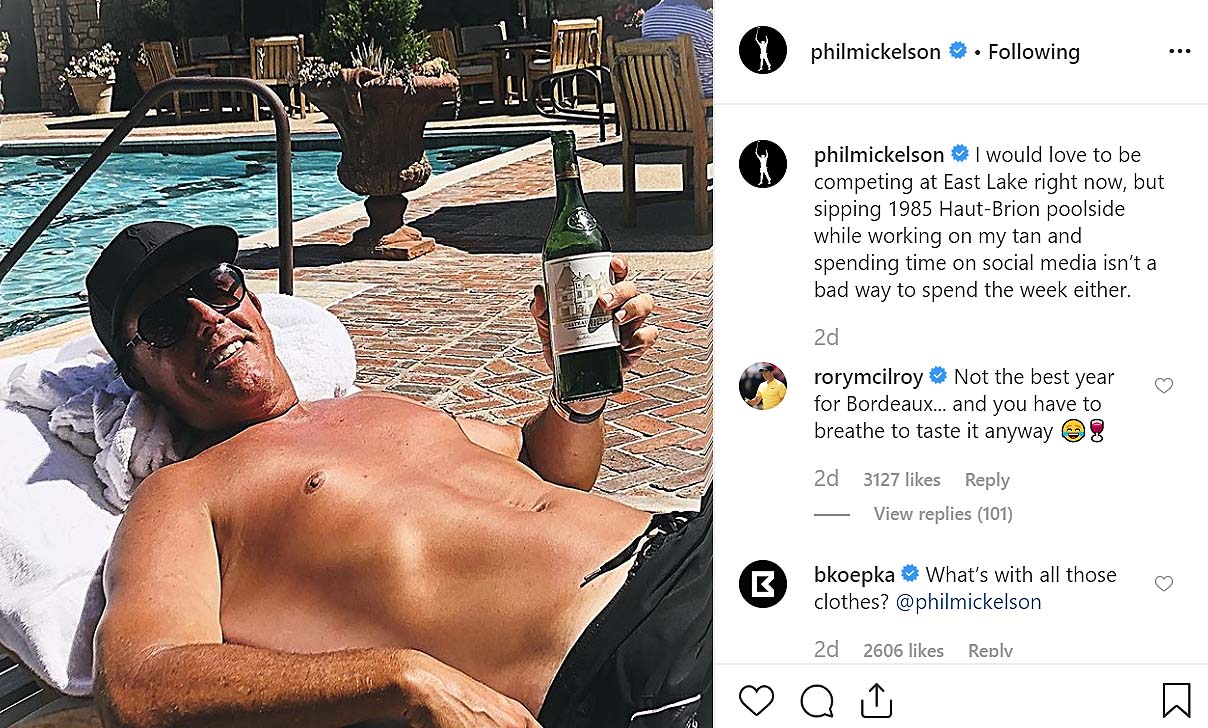 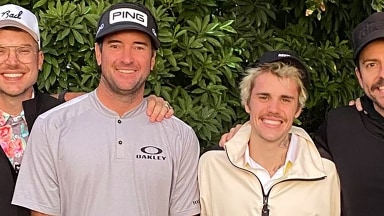 Bubba plays round with Biebs after Riv MC

After missing the cut at the Genesis Open, Bubba Watson called up buddy Justin Bieber for a Saturday round of golf. 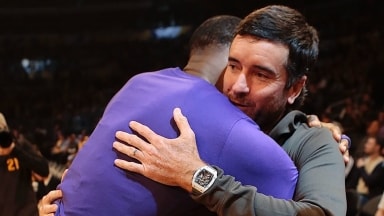 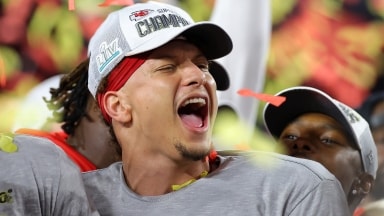