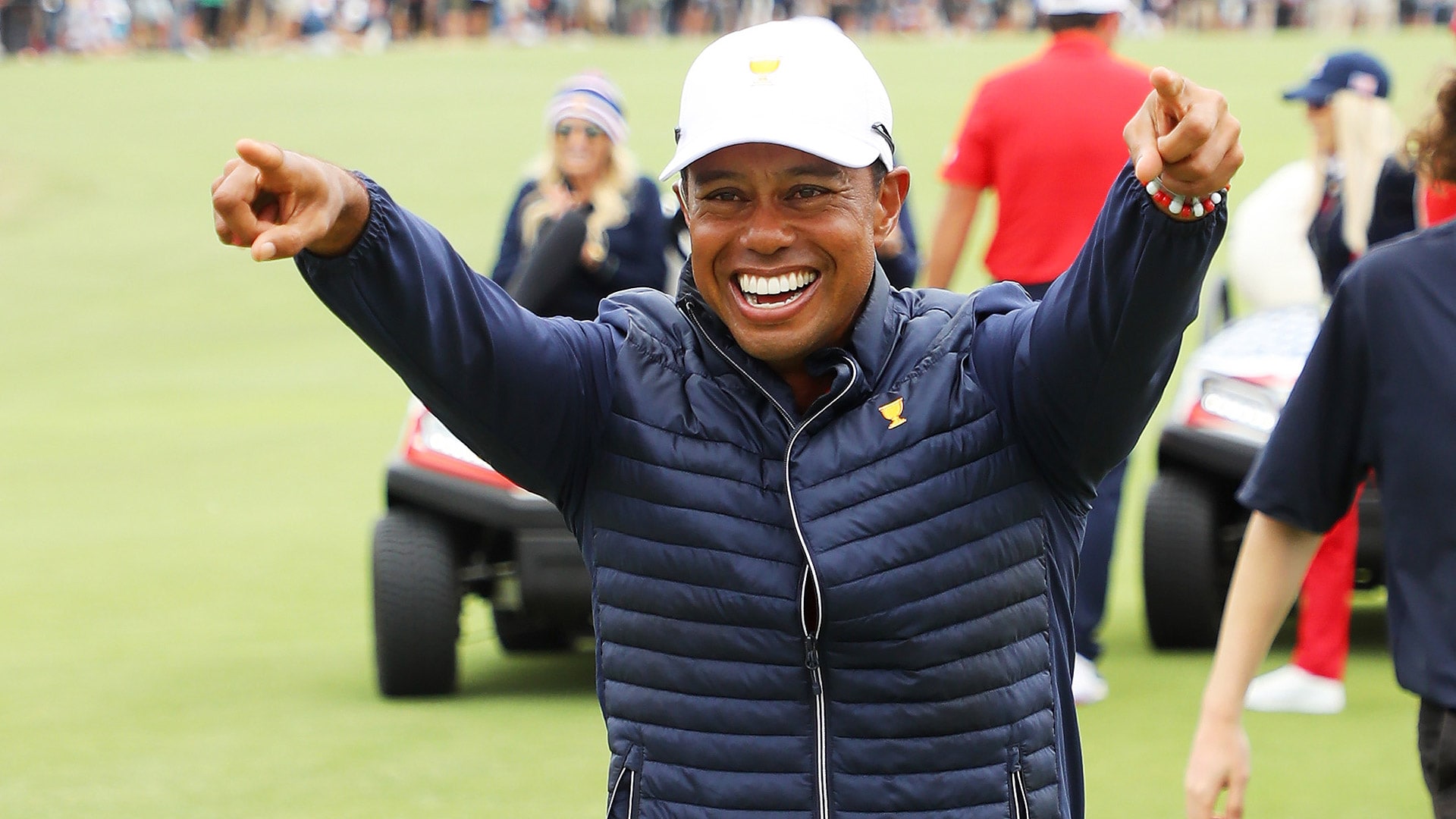 Fitting, though, that the GOAT’s birthday is at the end of the year. Gives us a chance to sit back, send him birthday wishes, while being able to reflect on all that he’s accomplished during his latest trip around the sun.

Some years, of course, are better than others.

I’ve tracked 101 events, including two Ryder Cups and two Presidents Cups. If you count Tiger vs. Phil last year in Las Vegas and the Skins Game this year in Japan, it pushes the number up to 103. What an incredible ride it’s been.

So here we are at 44. In honor of Tiger’s birthday, here are 19 things that stand out most to me about this magical season: (after the top three, they’re in no particular order.)

1. Tiger won the Masters, 11 years after winning his last major. It was his fifth green jacket and 15th major title. It really and truly happened. (And I was inside tracking because of Augusta National’s no cellphone policy.)

2. Tiger won the Zozo Championship in October in Japan for his 82nd career PGA Tour victory, tying him with Sam Snead for tops on the Tour’s win list. A week earlier we were wondering if he was healthy enough to walk 72 holes. Then, boom. It happened.

3. Tiger lead the charge as a player and captain as the U.S. won the Presidents Cup in Australia. He was the best player there and if it was a stroke-play event he’d have won by at least five shots.

4. Was presented with the Presidential Medal of Freedom, the nation’s highest civilian honor.

5. Talked about himself in the third person. A lot. Mostly regarding the Presidents Cup.

6. Was denied a slice of pizza during the pro-am at the Farmers Insurance Open. Tiger Woods, told he couldn’t have pizza. Hilarious.

7. Outdrove Justin Thomas during the opening round of the Hero World Challenge and absolutely let him know about it.

8. Got clipped by a security guard during the second round of the Masters. The collective golf world held its breath for the next few moments.

9. Got doinked on the head by a microphone by a PGA Tour official in Japan.

10. Mocked Kevin Na by walking in a putt on the 17th hole during the third round of The Players. The two shared a good laugh.

11. “Abe wanted it, he got it.” Abraham Ancer said a month earlier that he wished to play against Tiger at the Presidents Cup. Tiger won their singles match, 3 and 2.

12. In May, at a Tiger Jam clinic, some dude asked Tiger about the guy who bet $85K on him to win the Masters. “F-ing great bet,” he said to rousing laughter. Then told the same guy went on the bet that Tiger would win all four majors this year. “Dumbass for the Grand Slam part, though.”

14. Wore a green onesie for a TaylorMade Christmas card.

15. Had an arthroscopic procedure on his left knee in late August and we didn’t know what to expect. Turned out just dandy.

17. Hit an amazing left-handed chip shot from underneath a bush in a match against Brandt Snedeker at the WGC-Dell Match Play. The ball ended about a foot from the hole. “I told him on the next tee, ‘I might have to rethink how I do match play, because I played that second shot according to you being in the junk,’” Snedeker said.

19. Hit the most amazing shot of the year during the second round of the WGC-Mexico Championship. In a fairway bunker on the ninth hole, Tiger took a funky swing and carved the 9-iron shot around a tree. The ball landed on the left side of the green, and kicked right some 20 feet, directly toward the hole.