Storylines of the Year: Honorable mentions in 2019 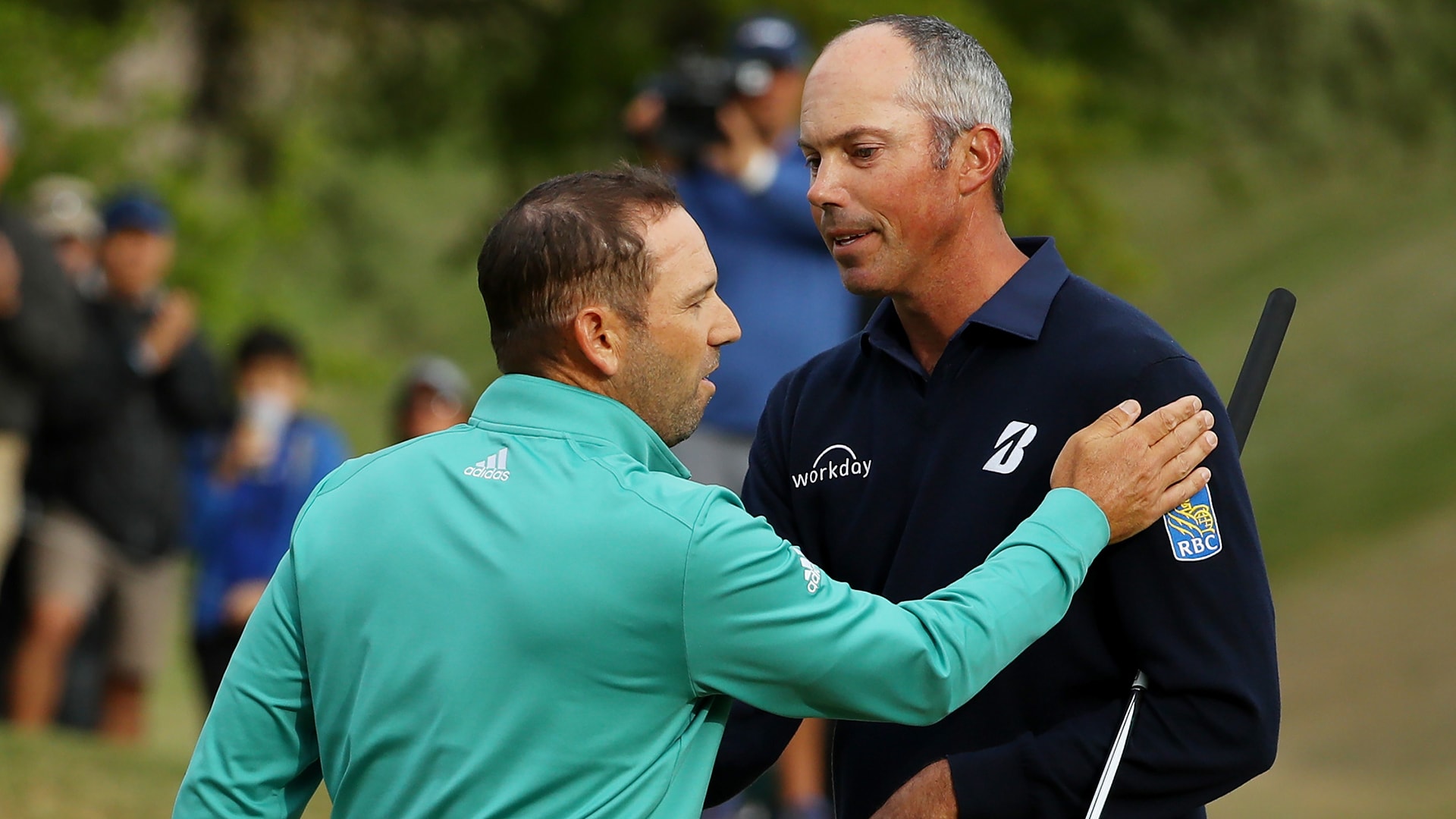 GolfChannel.com is ranking its top 10 storylines of the year. As is the case with each year, there are several stories that defined the calendar, some for a moment, others for months. Here's a look at many, in no particular order, that may have missed the top-10 cut, but were influential into shaping 2019.

It was all smiles, as usual, for Matt Kuchar following his win at the Sony Open. But then came the controversy surrounding his payment to a fill-in caddie after his previous victory at Mayakoba. Then the awkward detente with Sergio Garcia at the WGC-Match Play. There was also an odd, and seemingly childish, rules debate at the Memorial. It all added up to public backlash, apologies and a wonder as to what lies behind that smile.

From Adam Long in January, to Brendon Todd in November, there were several PGA Tour stories celebrating perseverance, showcasing upsets and bursting with emotion.

The ultra-competitive world of professional golf is filled with the foundering of former amateur greats. Every now and again, though, one breaks through. Or maybe two. Or three ... Matthew Wolff, Collin Morikawa and Viktor Hovaland proved to be the faces of a new generation.

Jordan Spieth, where for art thou?

After a winless 2018 campaign, this was to be a bounce-back year for Spieth. Instead, he didn't win, rarely factored, didn't qualify for the Tour Championship and sat idly by for the Presidents Cup.

Saving the best for last? Well, it doesn't get any better than Maggert holing the final shot of the PGA Tour Champions season to win the finale and guarantee the Schwab Cup for Scott McCarron.

Hinako Shibuno. You may have never heard that name before this year's Women's British Open. You might not still be familiar with it; rather, it's her nickname that distinguishes her: Smiling Cinderlla. No one made a bigger LPGA debut than did she this year.

‘I got this!’: Amy Bockerstette warms hearts at Phoenix Open

This Special Olympian confidently parred the 16th at TPC Scottsdale, formed a life-long friendship with Gary Woodland, then watched her favorite player win the U.S. Open. Yes, you got this, Amy!

A bird in hand is worth three years

No player likes to be distracted mid-swing, especially when they are trying to win a tournament. Players can give the fans the evil eye or even a talking to, but don't give them the finger. At least not on the Asian Tour. Bio Kim did that and was immediately slapped with a three-year tour ban.

In an effort to help Bahamians following the devastation from Hurricane Dorian, Brad Faxon and Justin Leonard staged a pro-am that raised over $1 million.

SMU men's head coach Jason Enloe lost his wife, Katie, and the mother of their two daughters to cancer. Struggling in the aftermath, Enloe was lifted by his team and then helped guide the Mustangs to match play in the NCAA tournament.

Sergio Garcia has long been known for his temper tantrums, but this year was exception (in a very bad way). There was the course destruction that led to his disqualification in Saudi Arabia, video of him tossing a driver at The Open and that of him damaging a tee box in Memphis. Not to mention, his handling of the Matt Kuchar incident in Mexico.

Thorbjorn Olesen was charged with sexual assault, being drunk on an aircraft and common assault during a flight from Memphis to London. He pleaded not guilty but has been suspended indefinitely by the European Tour.

The LPGA hasn't had a repeat Player of the Year since 2011, and this year's ultimate dominator was Jin Young Ko. The South Korean sensation won a pair of majors and claimed nearly all of the major hardware the tour has to offer.

Rahm breaks through the tap to win Race to Dubai

While it was a relatively quite year for the Spaniard in the U.S., Jon Rahm won three times on the European Tour, including the season finale to claim top honors for the first time.

That was scenario facing Sei Young Kim at the CME Group Tour Championship. And it wasn't an easy putt, either. But with the richest prize in women's golf history on the line, Kim buried it at the buzzer.