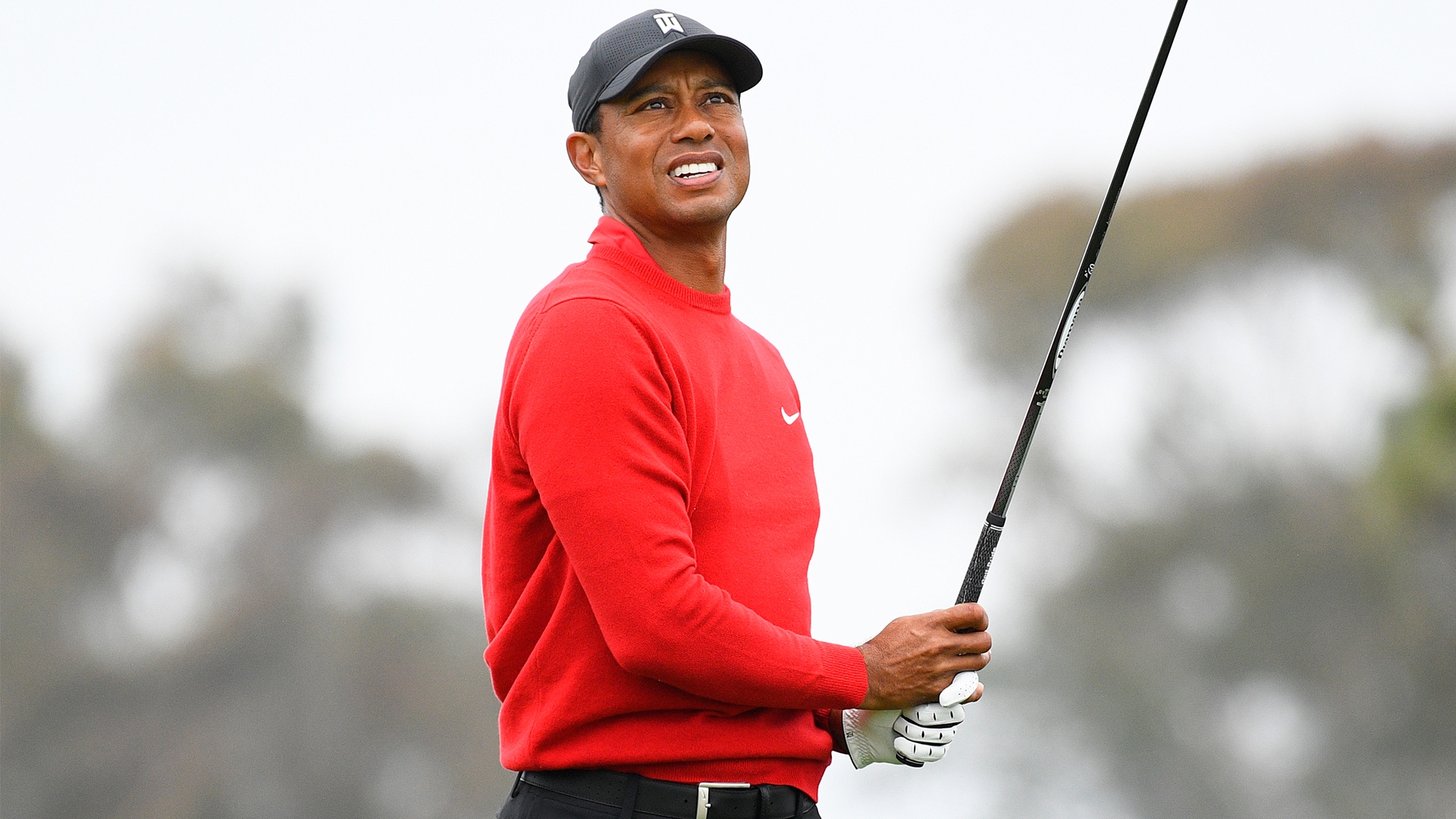 Tiger Woods' 2020 had a promising start and an emotional end. In between, there was a lot of down time, a lot of mundane performances and a lot of questions regarding his health and his future.

As Tiger turns 45 on Wednesday, here's his year in review on the course.

It started with a first-round 69 at the Famers Insurance Open. Woods eventually tied for ninth in what would be his only top-35 finish of the year. It was after his third round, however, that we'll most remember. That was when, with camera in tow, Woods learned of the shocking death of Kobe Bryant. 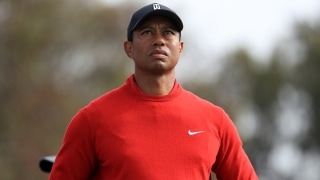 Serving as competitor and host at the Genesis Invitational, Woods shot 76-77 over the weekend to finish last among those who made the cut.

Post-Riviera, most Tiger news consisted of his NOT playing events. He skipped the WGC-Mexico Championship, skipped the Honda Classic, even skipped the Arnold Palmer Invitational, which he's won eight times. His agent, Mark Steinberg, kept saying Woods "wasn't quite ready" to play. Tiger still wasn't ready to compete at The Players Championship, but he did get some good news when it was announced that he was the first member of the World Golf Hall of Fame Class of 2021. 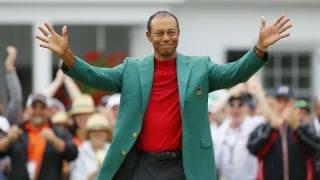 After being silent for two months, Woods gave his first interview to his partners at GolfTV, discussing his health and life while quarantining at home.

In a GolfTV Q&A, Woods admitted that all the running he did early in his career, "pretty much destroyed my body and my knees." But with his back feeling better, Woods teamed with Peyton Manning to defeat Phil Mickelson and Tom Brady at Seminole Golf Club and raise over $20 million for COVID-19 relief. 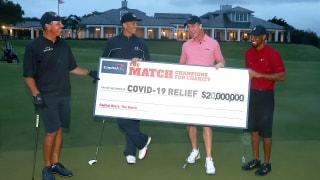 Tiger Woods and Peyton Manning hung on to edge Phil Mickelson and Tom Brady, 1 up, to win The Match: Champions for Charity.

As people across the country protested the death of George Floyd and other black victims of police brutality, Woods issued a tweet. As the PGA Tour resumed play, following a 91-day, pandemic-related hiatus, Woods stayed on the sideline.

Saying he was feeling "so much better," Woods finally returned to competition at the Memorial Tournament. But his body betrayed him as Woods struggled physically and tied for 40th.

It wasn't his body, but his putter that led to a T-37 at the PGA Championship. Using a different Scotty Cameron model, Woods opened in 68 at TPC Harding Park, only to see the magic quickly disappear. Woods returned to "old faithful" for the playoffs, but only found mild success and didn't qualify for the Tour Championship.

Tiger's new season began with the repositioned U.S. Open at Winged Foot. And just like he did in 2006, Woods missed the cut. 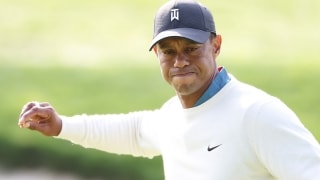 If only competition was as easy as an exhibition. Showcasing his course design at the Ozarks, Woods and Justin Thomas teamed to beat Justin Rose and Rory McIlroy at the Payne's Valley Cup.

Tiger's final two official events of the year were both title defenses. The first was the Zozo Championship, which was relocated from Japan to Sherwood Country Club because of the pandemic. Woods finished T-72 out of 77, playing alongside Phil Mickelson on a dreary Sunday.

Title defense No. 2 came at the Masters, 19 months after Woods won major No. 15. Tiger was said to be emotional during the Champions Dinner and he shot a promising 68 in the first round. A Thursday weather delay, however, started a domino effect that led to Woods playing 26 holes on Saturday. By day's end, Woods was out of contention. Sunday of the 2019 Masters was unlike anything we'd ever before seen. The same could be said for Sunday in 2020. Woods hit three balls in the water on No. 12, en route to a septuple-bogey 10, and then birdied five of his final six holes for a 76. There was still one event to be played, this one as both a teammate and as a father. Woods partnered with son Charlie at the PNC Championship. They shot 62-62 to finish seventh among the 20 teams. The weekend in Orlando, Florida gave TV viewers a wonderful showcase of Charlie's talent and drive, as well as Tiger's love and support. 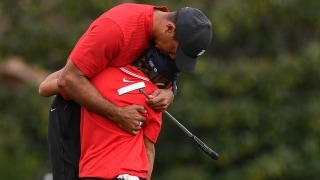 We've long known Tiger Woods the ultra-competitor. But at this week's PNC Championship, we witnessed Tiger the father.